Throwback Thursday! A fresh faced Mick Jagger is cool and witty in front of NYC journalists 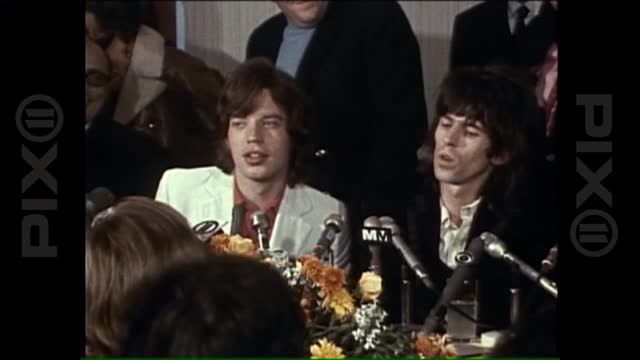 On November 30, 1969, Mick Jagger and Keith Richards sit down for a press conference at the Rainbow Grill.

On November 30, 1969, Mick Jagger and Keith Richards of the Rolling Stones sat down for a press conference at the Rainbow Grill where they entertained the questions of eager journalists.  With the expected nonchalance of an English rockstar, Jagger and Richards talked about John Lennon's decision to return the medal of Order of the British Empire the Beatles received from the Queen in 1965.

Click on the video above to watch WPIX's reporter on the scene, Dave Marash, call out Mick Jagger for his unusually political rhetoric.