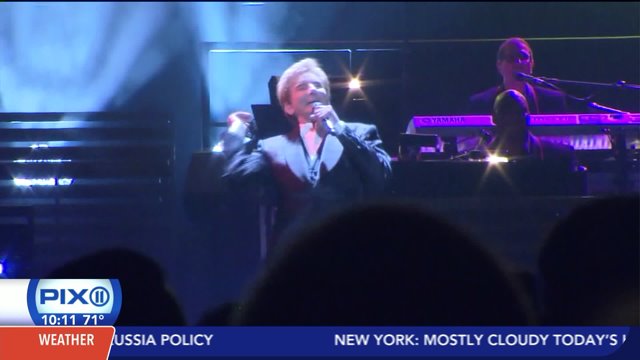 BARCLAYS CENTER-- It was Barry Manilow's 72nd birthday, and his first time ever performing in Brooklyn.

Barry Manilow ended his tour in the borough that he was born in. If this really was his last time touring,  fans on Wednesday night got to be part of history.

Outside Barclays Center, hundreds of fans lined up early to get to their seats.

Manilow seemed to feel right at home in his home of Brooklyn. And, he made his borough proud belting out the hits, and for decades now, bringing fans to their feet.

Manilow has said he is not retiring, but this is reportedly his final tour.