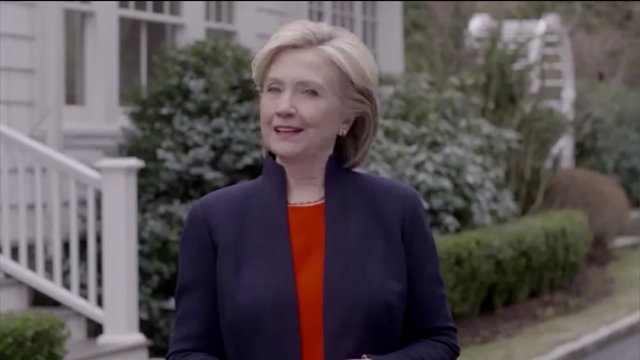 Hillary Clinton is officially running for president in 2016. 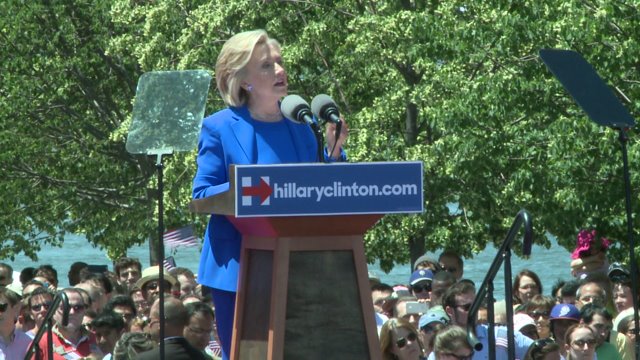 Clinton spoke on a sunny Saturday at the Franklin D. Roosevelt Four Freedoms Park, located on the tiny 2-mile island across Manhattan's East River, named after the man who served the longest as U.S. president. She listed four fights as the focus of her campaign: strengthening the economy, strengthening families, increasing opportunities, renewing the promise of our democracy.

Clinton acknowledged the difficulty of the position she's running for, quipping that the public won't witness her hair turn white in the White House because she's "been dying her hair for years."

Large crowds gathered on the island to support the former first lady, U.S. senator and Secretary of State, including her husband, former U.S. President Bill Clinton, who was spotted in the audience.

Getting there wasn't easy for non-drivers, with only a single subway line and the Roosevelt Island Tram serving as public transportation options.

"Talent is universal. You can find it anywhere. Opportunity is not," Hillary Clinton said on Roosevelt Island. http://t.co/fdKBoMQEcg

Clinton plans to appeal to voters through the story of her own mother's struggles, her aides announced. Ahead of her speech, her campaign released a biographical video of her life and accomplishments.

"I want to be her champion and your champion," Clinton said during her speech, referring to a single mother she met, who is taking classes at a community college.

"There are allies for change everywhere," she added. "We should welcome the support of all Americans who want to go forward...with us."