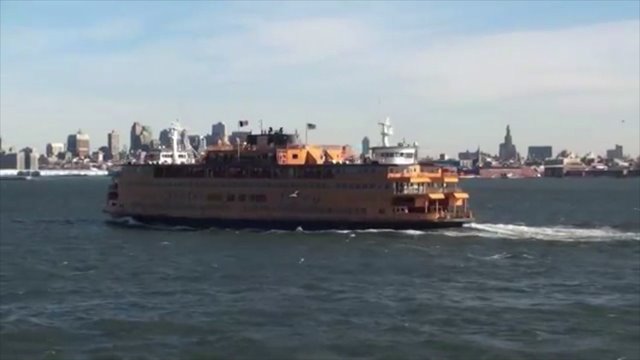 A parks advocate group is calling for a crackdown on illegal ticket agents ripping off unsuspecting sightseeing tourists.

“They’re trying to shake down unsuspecting tourists, and this is outrageous,” said Geoffrey Croft, President of NYC Parks Advocates.  “It’s not the people who are being ripped off’s responsibility.  It’s the city that needs to protect the public of unscrupulous vendors.”

Parks Enforcement Patrol Officers have now been assigned to the Bowling Green Station in Battery Park because of mounting complaints of ticket agents there taking advantage of tourists.

“They sell tickets that are overly inflated at best, and at worst, they’re fraudulent tickets.  They’ll sell used tickets.  They’ll even sell passage to this park right here for $50,” said Joe Puleo, President of Local 983, the union representing the Parks Enforcement Patrol Officers.

The push to crack down on the ticket agents comes after the arrest on Wednesday of Gregory Reddick, 54, who allegedly took $400 from two tourists for roundtrip Staten Island Ferry rides, which are always free.

Reddick assaulted the Parks Officer confronting him about illegal solicitation near the South Street Seaport, according to the complaint obtained by PIX11.

Officers chased him down to Battery Park, and used mace to subdue him when they made their arrest.

Reddick is employed by SJQ Tours owner, Corey Lashley, who defended his company , which PIX11 found was registered with the state.

“Over 150 tickets we received from Parks and Police.  Every last one was dismissed,” Lashley said.

In addition to a license from the Department of Consumer Affairs, ticket agents operating on parks property must have a permit from the Parks Department.