Common Core will be replaced, vows Christie; so why are pundits and parents skeptical? 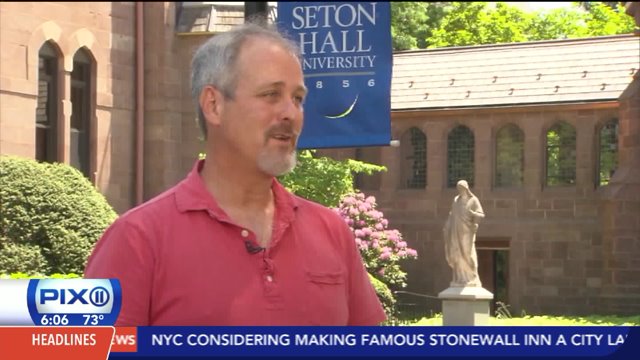 NEW JERSEY (PIX11)-- It may be the most controversial issue affecting the greatest number of people in the Tri-State region, and now Common Core has officially lost one of its most prominent supporters.  Or has it, fully?

Governor Chris Christie of New Jersey this week called for a homegrown curriculum to replace the Common Core, but that proposal has at least two aspects to it that have political experts and anti-Common Core advocates alike casting a skeptical eye.

It was Thursday, at a college in Central New Jersey, that Gov. Christie made an about face on Common Core with a speech that said, in part, "I have heard from far too many people, teachers and parents from across the state that the Common Core standards were not developed by New Jersey educators and parents.  As a result, the buy-in from both communities has not been what we need for maximum achievement."

Jean McTavish, a longstanding advocate against Common Core, had the same reaction as many New Jersey residents.  "I honestly was shocked," she told PIX11 News, adding that Christie typically stays the course on any policy proposal, "no matter what."

McTavish is a mother and school principal who opted out both of her children from Common Core testing.  She's also an active member of  Save Our Schools New Jersey, an organization which is itself part of a coalition of parents from across the political spectrum who've lobbied against Common Core. Now, it seems, Christie is joining them.

The governor said on Thursday, "I am directing the Commissioner of Education, David Hespe, to begin immediately to assemble a group of parents and educators to consider developing New Jersey educational standards New Jersey College and Career Readiness Standards."

Matthew Hale, chair of the political science department at Seton Hall University, put the situation into perspective. "Governor Christie has to assure the right-wing," Hale said, that he's "standing up to" the federal government.  Common Core, said Hale, is for the right-wing of the GOP, representative of federal government influence.

Hale called Christie's change of policy mainly political, and added that even though it applies to New Jersey, the apparent presidential hopeful is altering his position for voters far beyond the Garden State.

"In Iowa and New Hampshire, that's what he really wants," said Hale.

The political expert added that no matter what Christie has proposed, implementation of a replacement to Common Core may be of little actual consequence to him.

"He doesn't have all that much longer until he's fully running for president," Hale said. Christie is expected to formally announce his run for the White House next month.

As for New Jersey Common Core reform, said Hale, "the details [he] won't talk about."

Both the political expert and the opt out advocate said there's one glaring question about Christie's Common Core proposal, and it involves the test on Common Core subjects, called the Partnership for Assessment of Readiness for College and Careers, or PARCC.

While Christie is calling for the Common Core curriculum to be rewritten, he is not bringing an  end to that test.

"He's going to keep the PARCC in place," said McTavish.  By not eliminating the PARCC exam, Christie keeps in place federal funding for New Jersey schools.  The federal government requires assessments of student performance that are in keeping with Common Core standards in order to fund educational programs in local public schools.

"Essentially, you're just trying to fool your voters," said McTavish about Christie not choosing to eliminate PARCC testing.

Still, she maintained that any measure that moves public education  away from Common Core is what she and other opt out advocates have wanted for years.  Therefore, Christie's proposal, she said, has some good qualities.

"It is acknowledging we need to have a conversation," said McTavish.  "I think that is positive."