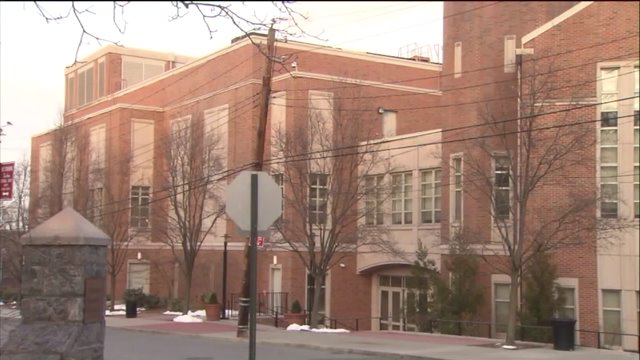 A new, independently researched report about sexual abuse at the elite Horace Mann School not only shows that sex crimes there from the late 1960`s to the mid-1990`s was more widespread than previously reported

RIVERDALE, Bronx (PIX11) -- A new, independently researched report about sexual abuse at the elite Horace Mann School not only shows that sex crime there from the late 1960’s to the mid-1990’s was more widespread than previously reported, it also indicates that such abuse can happen at any school.  The report also includes resources that try to help schools and students combat and prevent sex crimes on their campuses.

In recent years, however, the 128-year-old institution has become infamous for something else -- sexual abuse of students by faculty members or administrators.

Even after at least one teacher, Tek Young Lin, admitted to taking sexual advantage of students, the school in Riverdale never carried out its own investigation into the long list of alleged sex crimes there.

"I couldn't look away," said Peter Brooks, Class of '66, "if they were going to be failed again."  Brooks is president of the Horace Mann Action Coalition, a nonprofit alumni organization which has taken it upon itself to investigate sexual wrongdoing at the school.

Brooks told PIX11 News that on the first day his organization created its Facebook page, more than 2,400 alumni wrote in regarding sexual abuse they had survived or had known about.

The report further discusses the need for sex abuse prevention throughout the private school community.

"We expected the school to step up," said Brooks. "Since they hadn't, someone had to," he said.

The coalition's website identifies some of the alleged abusers, some of whom have confessed after PIX11, the New York Times and other media outlets have shone a spotlight on the misdeeds of which they're accused.  That is by no means, however, the end of the story.

"The Horace Mann case," said Leslie Crocker Snyder, "is a case study in the worst."

Judge Crocker Snyder, as a former assistant district attorney, created the country's first sex crimes bureau and rape shield laws, and as a state Supreme Court judge oversaw some of the state's most intense sex crime related cases.  Crocker Snyder wrote the section of the report making recommendations as to how all schools can try to prevent and combat sexual abuse.

In it, she called for improvements in training against and reporting of sexual abuse, tighter hiring practices at schools, anonymous hotlines for students and faculty to report abuse, and psychological counseling for survivors.

In response to the recommendations, Brooks said, "I've already heard from a number of schools," with administrators saying they'll "use the report for September meetings with their staff."

The report also makes other recommendations, including creating a special investigator position for private schools, similar to one that currently exists for public schools.

"Because  if you have to depend on the school" to investigate itself, Crocker Snyder told PIX11 News, "they won't.... just like Horace Mann."

For its part, Horace Mann School issued a statement late Wednesday afternoon, through Jim Fingeroth at the school's public relations firm, Kekst and Company, Inc.  "We will closely read the HMAC's report," the statement began, "and make any appropriate adjustments in our child safety policies that it has to offer. Given the information previously shared with us by those survivors who felt comfortable meeting with the School, as well as our work with the Bronx District Attorney's Office and the New York Society for the Prevention of Cruelty to Children, we are confident that our current policies and practices ensure a safe and secure environment for the students at Horace Mann School. We encourage anyone with information about past sexual abuse at the School to contact Horace Mann and/or the Bronx DA's Office."