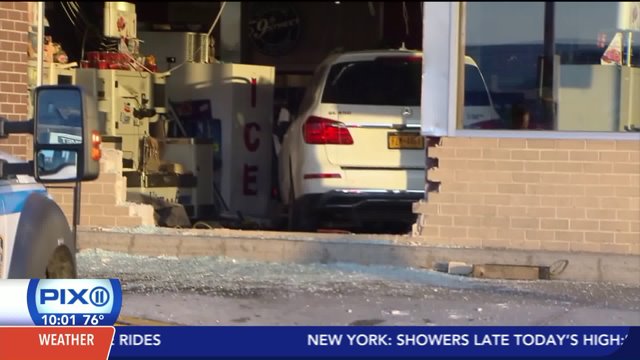 Five people were injured Tuesday when an SUV crashed into a Flushing Pathmark.

Firefighters responded to the scene at 31-06 Farrington St. in Flushing around 6 p.m., for a car into the building.

The crash caused part of the ceiling to collapse.

Five people were injured in the crash. One person is in serious condition.

"We had an unfortunate situation occur today when a car drove into our store," said Vice President of Human Resources Sheryl Schermer.  "We are fully cooperating with the authorities during their investigation."

Police are investigating what caused the car to crash into the building.