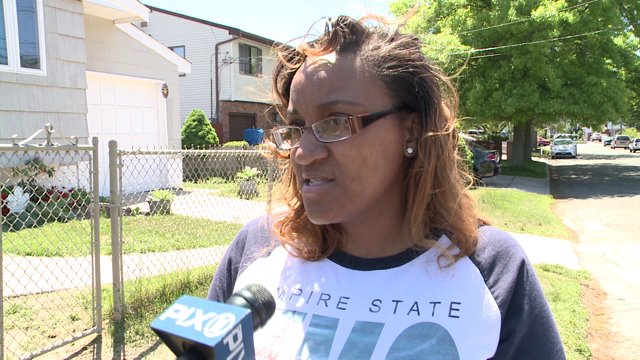 Ronica Copes, a resident of the suburban neighborhood, received a letter saying "YOU DON'T BELONG HERE" and other hateful words on Thursday.

Understandably so, she was disappointed at the sight of the hateful letter.

"Unbelievable but then it's not...our daily reality, I've just never seen it in this form," Copes posted on Facebook.

The writer of the flyer who says "Lidenhurst is 84 percent white" urges Copes in bold capital letters to "LEAVE AS SOON SHE CAN" because "IT WILL BE BETTER FOR ALL OF US."

The racist letter gained the attention of  county executive Steven Bellone, who lashed out against the author of the flyer in a statement Friday.

"To the coward who committed a hate crime against an innocent family in Lindenhurst -- There is no place for intolerance in Suffolk County.  I know the Suffolk County Police Department will do everything possible to solve this hate crime, out you and see you punished. I stand together with all Lindenhurst residents who decry this act of hatred. This community and all of Suffolk County are better than that."

While police continue their investigation, Copes is thankful for the support she's received during the ordeal.

"Thank you all for sharing your frustrations, opinions, suggestions, and concerns!" she said. "Will keep you abreast of the outcome."