Parolee shot and killed by police in Hackensack 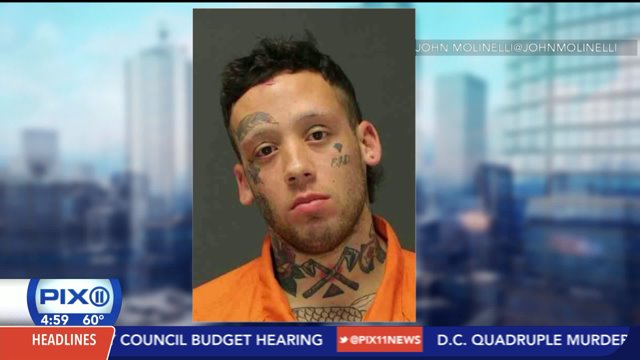 HACKENSACK, New Jersey (PIX11) - An investigation is underway after police shot and killed a man in a residential part of Hackensack Thursday, according to officials.

At the request of Bergen County Probation, three officers were sent to a second-floor apartment at 10 Temple Avenue to check on a parolee named Elvin Diaz, 24, according to Bergen County Prosecutor John Molinelli.

Diaz, who had missed a probation appointment, pulled a large knife on the officers, who opened fire, according to Hackensack Police Director Michael Mordaga.

"I only see one person loaded into the ambulance," Ryan Soto, a neighborhood resident, told PIX11.  "He was all bloodied."

Details are still unclear, but police ended up shooting Diaz, according to officials.  Both he and the officers were taken to Hackensack University Medical Center where Diaz was pronounced dead.

"I saw an individual being loaded into an ambulance," said Nadine Karcs of Kings Smoke Shop, which is located across the street.  "I saw a mom collapse into a policeman's arms screaming, 'My son, my son.'"

"I saw the cops in and out of the house and I saw them bring one guy out on a stretcher," Reichert said.  "It's a very noisy intersection.  I don't think you'd hear the gunshot with this intersection here during the day.  You can't even hear yourself talk here."

None of the officers are believed to have been struck by gunfire.

Officers from the Shooting Response Team continue to investigate.

Diaz had a lengthy record including charges of arson, narcotics, aggravated assault on a police officer and resisting arrest.