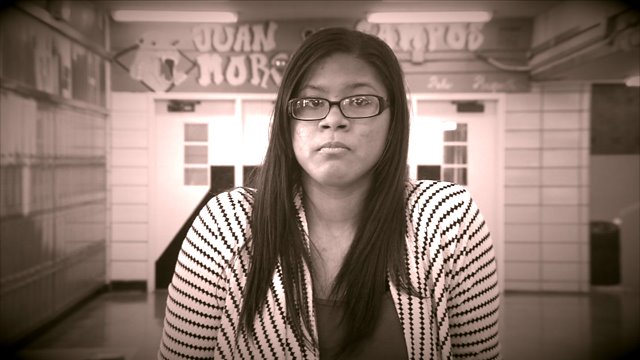 In this week`s It`s a "G" Thing, PIX11`s Mr. G sits down with a Brooklyn teenager who`s overcome cerebral palsy, homelessness and losing her mom on her way to becoming valedictorian of her graduation class.

It's been ten years since Johileny Meran Almonte left her home in the Dominican Republic.

“When I was over there, I was bullied,” she remembered. “Kids didn’t really understand why I was so different.”

The difference? She has cerebral palsy.

“It just affects my legs, and my ability to walk,” she said.

She first came to New York for surgery. It was supposed to help her walk better.

“It went wrong, completely," she explained. "It went from being a dream to being a nightmare.”

Johileny's been wheelchair-bound ever since.

"At first i didn’t understand any of it, I was very angry with everything," she said. "[There was a jump forward] when I stopped being angry about being in a chair and started realizing that I just had to move on.”

She only recently pushed herself to walk again.

She says her mom gave her the strength and inspiration to keep going.

“She was the one to tell me that I couldn't stop doing what I was able to do because people didn't think I could do it,” Johileny remembered.

A message that faded into a memory too soon.

“My mother passed away from cancer [in 2010]," she said while holding back tears. "It was one of the hardest moments of my life.”

With her mom always in her heart, Johileny set out to be the best person she could. A journey that's unfolded in the classroom.

She's a senior at Juan Morel Campos Secondary School and an honor student who's maintained a 95% average. She has earned the spot of valedictorian for her graduating class.

Web Extra: College-bound counselor talks relationship and inspiration she gets from Johileny Meran

But losing her mom and living with cerebral palsy aren't the only obstacles this teen has overcome.

“I currently live with my grandmother and my brother in a family shelter," she said. "We’ve been there for four years on to be five.”

This A-student is also getting ready for her next chapter, college. She has received 3 four-year scholarships: $10,000 from "Overcoming Obstacles", $40,000 from "The Garden of Dreams" and $20,000 from "The Lisa Beth Foundation." With that help, Johileny will attend Stony Brook University in the fall.

“I really fell in love with it when I went to visit the campus," she said. "I realized that I was going to be able to move around by myself and be independent.”

Johileny dreams of someday working in the medical field as a pediatric oncologist. She hopes her story will inspire other kids fighting similar battles.

“It’s not that I like what I went through," she said. "But I guess all the hardships I’ve been through has made me who I am today.”

And what a remarkable person that is.