Navy midshipman, 20, from Rockaway among those killed in Amtrak derailment 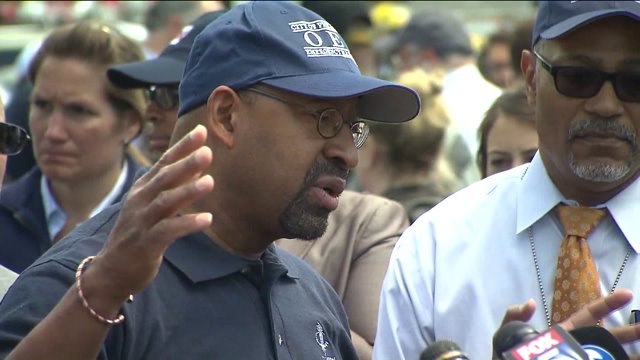 PHILADELPHIA (PIX11) — A Navy midshipman from Rockaway Beach is among the half dozen victims killed when a New York-bound Amtrak train derailed in Philadelphia, the U.S. Naval Academy said in a statement Wednesday.

The victim’s family identified him as Justin Zemser, 20, of Rockaway Beach. He was on leave and heading to his hometown when the crash happened about 9:30 p.m. Tuesday, the Naval Academy said, adding that grief counseling services and support are being made available to anyone who wants them.

“In his short life, Justin served as an inspiration to all our families in Rockaway and exemplified the very best our community has to offer,” Assemblyman Phillip Goldfeder said in a statement.

“As a lifelong resident of Rockaway, I feel proud to have been a neighbor to this true American hero. … As a father of two young children, my heart goes out to the Zemser family at the loss of their only son.”

Also killed in the derailment was an Associated Press video software architect. Jim Gaines, 48, was returning home to Plainsboro, New Jersey, after attending meetings in Washington, his wife Jacqueline said. Gaines is survived by his wife and two children.

News of the Gaines’ and Zemser’s deaths was the first trickle of information to emerge about the six passengers who lost their lives in the Amtrak crash.

A tech CEO who lives on Manhattan’s Lower East Side and commutes twice weekly to her company in Philadelphia was among those possible passengers who have not been heard from since the crash. Rachel Jacobs, 39, was a wife and mother to a 2-year-old, her colleague said. She was confirmed dead by a family spokeswoman.

At least six people have died and eight more remain in critical condition as of midday Wednesday from wounds they suffered then Amtrak’s Northeast Regional Train 188 derailed the night before. It was carrying 238 passengers and five crew members, a U.S. Transportation representative told CNN.

"We knew it was bad last night," Philadelphia Mayor Michael Nutter said of the crash site. "...To see it in the daytime is almost indescribable. ... It is amazing. It is incredible that so many people walked away from that scene last night. ... I don't know how that happened, but for the grace of God."

An investigation is underway into what caused the crash. The train's black box has been pulled from the wreckage and the footage captured by a front-facing camera will be analyzed, a spokesman for the National Transportation Safety Board said at a morning news conference.

In an afternoon news conference, Nutter said he still did not have an accurate count of how many passengers are unaccounted in wake of the tragedy.

Amtrak set up a special number for those seeking information on friends and family aboard the train: 1-800-523-9101.