The harsh realities of giving birth in an overcrowded NYC hospital 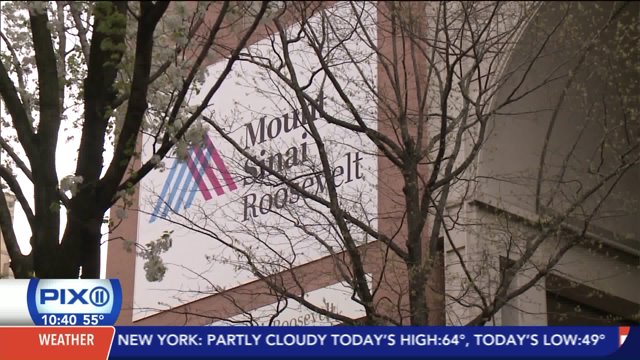 MANHATTAN, N.Y. (PIX11)-- McKay and Annie Coppins were at their wits end. Annie, pregnant with the couple's second child labored at home for nearly seven hours before coming to NYU Langone Medical Center.

Once they arrived, the Coppins were shuffled into a waiting room with other pregnant women writhing in pain. From there, an excruciating wait of 45 minutes without even a check from a doctor or a nurse ensued and they had no idea how far dilated Annie could be. No triage beds were available, there was little privacy with the exception of some nurses holding up a hospital curtain when Coppins was finally checked, but in the hallway in the middle of the a busy labor and delivery wing.

"I just felt like I was in the way and that I was a nuisance at that point," said Annie Coppins.

Being six centimeters dilated, Coppins immediately and continuously asked for an epidural.

After an hour and a half, still no doctor, no further checks and the couple was shifted into another temporary waiting room.

Frustrated, the couple agreed to tweet about their ordeal. McKay Coppins, a political reporter for BuzzFeed, took full advantage of his more than 45-thousand followers. And it worked.

Today, the Coppins have a healthy two month old baby boy, but that doesn't make their experience at NYU Langone any better.

"If we do this again, it won’t be in New York City," Annie said. "We don’t want to go through this experience again."

Sadly, what the Coppins experienced is not unique and in fact, happening far too often all over this city. That’s according to women’s health advocacy groups like Choices in Childbirth, a non-for-profit organization focusing on women's choices in maternal healthcare.

"We hear from women all the time that they’re dissatisfied with their hospital experiences here in NY and so, because we hear that we know we need to look at hospital policies and change the culture of birth in New York," explained Michele Giordono, Executive Director of Choices in Childbirth.

The problem, according to the group's executive director is evident at nearly every single city hospital. And the issue of hospitals failing many pregnant women in New York City does not discriminate between public or private hospitals, according to Giordono. It’s also why there appears to be a growing trend of Manhattan women opting for home births. While they still only account for only 1% of births here in New York, Laurie Kyle is among them.

Kyle delivered her son Fredrick at Mount Sinai St. Luke's Roosevelt three years ago. A hospital touting itself to respect "choices," but Kyle said that's far from what happened with her.

In what should have been the powerful, sacred moment of childbirth, Kyle said she and her husband were trapped in a nightmare.

"On the most basic level residents and just practitioners in labor and delivery should at least give a woman the decency of some respect," said Kyle.

But respect was the last thing she received, from residents and nurses. Their decision to have as natural of a birth as possible was mocked nearly every step of the way.

"I just did not anticipate being insulted in the throws of my pain for no reason by someone saying do you mind if we use these sterile instruments? Are they not natural enough for you. The resident who stitched me up made a comment about how this is what she gets when she doesn’t want an episiotomy," recalled Kyle.

The treatment, the Kyle's said so bad, the negative experience lingered with them.

"Days after we realized we were dealing with so much still trauma from how we were treated. It had shaken us so much," said Kyle.

In response to our story, we did receive statements from both NYU Langone and Mount Sinai-Roosevelt..

"We were disappointed to hear reports that a patient had a negative experience three years ago. While patient privacy laws prevent us from discussing specific cases, the Mount Sinai Health System takes great pride in the clinical excellence and safe, compassionate care provided at our hospitals, and we continually strive to improve."

“We make every effort to provide all obstetrical patients with the highest quality of care. This isolated incident was addressed, and we apologized to the family for any duress that it caused them. While we appreciate the many accolades that our obstetrical service has received, we are always working to improve services, and will continue to do so.”