Turbulence rattles Newark-bound Delta plane, which is diverted to Boston 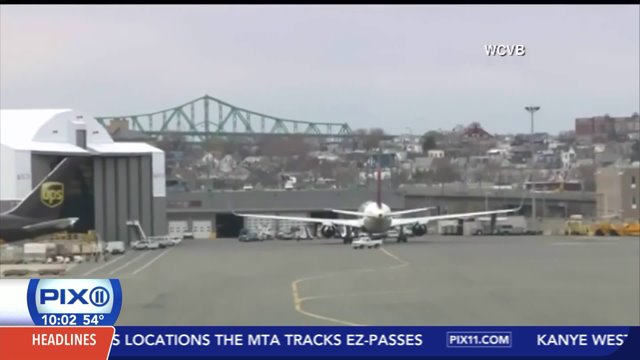 Some people on a Delta Air Lines international flight diverted to Boston because of bad weather in the New York area are being checked by paramedics after the plane encountered turbulence approaching Logan International Airport.

NEWARK, N.J. (PIX11/AP)-- Passengers aboard Delta Flight 271 from Paris encountered more than they ever expected as they attempted to land at Newark's Liberty International Airport.

Wind shear created such turbulent wind conditions, the Boeing 767 was unable to land in New Jersey.

Efforts to touch down at Kennedy Airport were also unsuccessful so the flight with 180 passengers and 11 crew aboard was diverted to Boston's Logan Airport.  Two passengers were taken to the hospital with minor injuries.  Others were sickened by the turbulence.

"It felt like King Kong lifted the plane and shook it like there was no tomorrow," one flyer, Stuart Page said.

He said "the winds were phenomenal. The plane was being buffeted from left to right, up and down"

"It was the most turbulent flight I've ever been on,"Jessica Garcia, another distressed passenger shared. "And I'm not a good passenger to begin with."

Mike Fuchs said it was the most turbulent flight he's been on in the 25 years he's been flying.

According to him, the passengers were relatively calm, "because everybody was sick."

Passengers credited the pilot and other crew members for keeping them calm by keeping them informed every step of the was.