This Brooklyn couple is having the loudest sex in New York City, according to 311 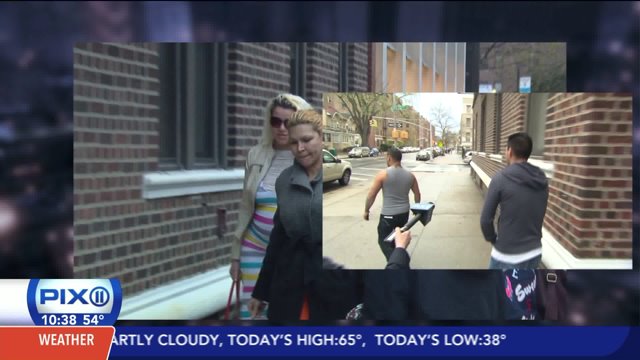 The loudest sex in New York last year has been traced to a Bay Ridge couple, based on the number of complaints registered by 311.

NEW YORK (PIX11) - The loudest sex in New York last year has been traced to a Bay Ridge couple, based on the number of complaints registered by 311.

In 2014, the city received six calls coming from neighbors at 7201 Ridge Blvd. reporting the amorous pair's bedroom activities, according to data compiled by DNAinfo.  The couple apparently moved into the building sometime in October, according to an anonymous complainant who submitted this to 311 at 4:40 a.m. on a Friday in mid-November:

“Neighbors are having very loud sex with the windows open that can be heard throughout the whole bldg. [sic]”

“I’m not a prude but there are kids in the building, and it was just a ridiculously loud amount of noise being made that the first time another woman yelled out her window, ‘Shut your f--ing windows you whore!’” the complainant told DNAinfo.

PIX11 caught up with the couple, who ran from our cameras.

It appears that, with the warm weather, windows are open and the two are at it again after a winter hiatus, the disgruntled neighbor said.

"I haven't heard them having sex," neighbor Peter Rivera said. "I know him. Good for him."

In a separate case, a single partner is to blame for the noise.  Fed up, a Sunset Park resident complained at 8:10 a.m. on June 10:

"My neighbor is making too much noise, she has a 'sex machine' and then she starts screaming 'Yes, Yes, Yes' for extended periods of time, they are perverts who constantly bring more individuals to perform more extreme sexual activities."

Brooklyn takes the crown for the most obnoxious sex sounds last year with 42 complaints -- compared to 37 in Queens, 31 in the Bronx, 23 in Manhattan and not a single complaint in Staten Island.

Want to find out how loud people are being in your zip code?  See the map from DNAinfo.com.