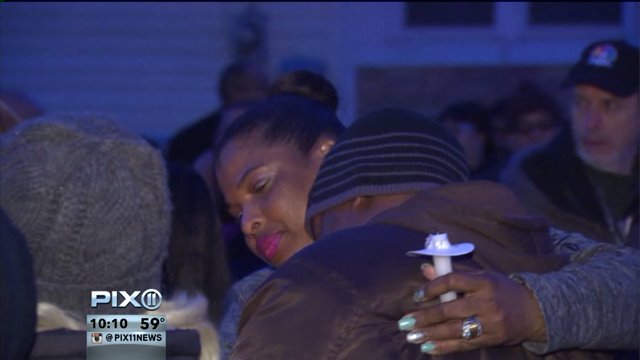 QUEENS (PIX11) -- More than 100 people attended a vigil for 70-year-old Leta Webb on Thursday .. just steps away from where she was shot at her home.

The families of Eric Garner and Sean Bell were among the supporters and speakers at the vigil.

Police said Webb was shot at 1:39 a.m. Tuesday morning after she answered the door at her family's home on 119th Avenue in South Jamaica, Queens.

Police say the motive is not known nor is the person who did this. Signs plaster the neighborhood for help. It was a night to remember a woman who was loved so much by so many.

Police say no arrests have been made.