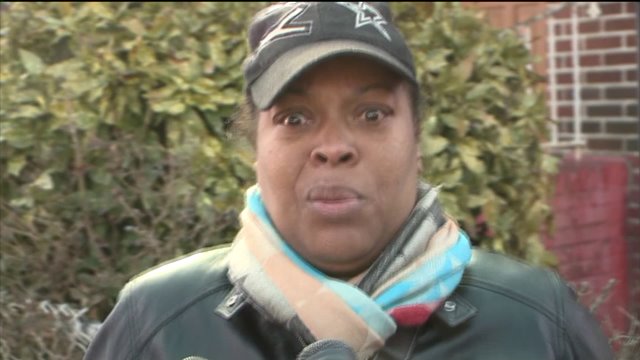 She took care of foster children and was a pillar in her neighborhood. A Queens grandmother is dead, gunned down in the middle of her doorway, by a single dunshot to the head.

JAMAICA, Queens (PIX11) -- Hours removed from one of the greatest losses of his life, Benny Webb, understandably, was struggling to comprehend the overnight murder of the woman who adopted him nearly 40 years ago.

"I have no words for the person who did this," Webb said, referring to Leta Webb, a grandmother and parent to several biological as well as adoptive children.

The 70-year-old was gunned down at 1:40  a.m. Tuesday after answering the door to her family's home at 119th Avenue in Jamaica, Queens.

Eva Usher, Webb's daughter, said everyone in the house was asleep when the victim answered the door.

"I started talking to here and I told her if she wanted to go home and she wanted to be with her husband, to squeeze my hand and she did and I walked out and it was over," Usher said.

Detectives out of the Queens Homicide Task Force and the 113th Precinct probed the scene throughout the day.

As did Crime Stoppers, which by early afternoon had commenced its campaign for leads with an audio recording as well as the incentive of a $2,000 reward. Numerous reward posters were stapled along various street signs in the neighborhood.

As for a potential motive?

One member of the NYPD informed PIX11 News that this particular vicinity of 119th Avenue and 153rd Street is not one that required much focus by the patrol lights of the NYPD. However, a few yards from where Webb was killed, the challenges of the neighborhood are evident.

Gang signs have been covered up on one wall. Clear tags show through on others signaling the potential gang component expressed by the family.

"It was a hit and I know it. C'mon, people are going to kill my mother. For what? C'mon, now. She ain't do nothing to nobody," Usher said.

Webb echoed that sentiment, praising his adoptive mother as "a kind woman."

"She took care of everybody," he said. "She didn't have any issues."