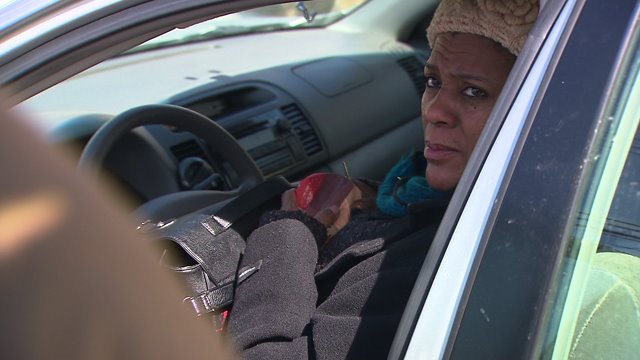 We get so many emails from tenants who are being abused by landlords that we could do nothing but landlord complaints every single day.

ROSEDALE, Queens (PIX11) -- We get so many emails from tenants who are being abused by landlords that we could do nothing but landlord complaints every single day.  But every so often we get a story that works the other way -- a landlord trying to do the right thing being abused by tenants.

Corrine Butt decided to rent her downstairs apartment to tenants who would have some of their rent paid by the federally sponsored Section 8 program.  She chose Paula Rivers and her family.

For the first year, Corrine says things were great.  Then they stopped paying on time according to Corrine.  Now she hasn't gotten a cent from them in six months. And to top it off, Corrine says everyone in Rivers' family is employed!

“I served notice in December," Corrine told me. "And she started to bang on the floors at night when she comes home from work.”

And that's far from the worst of it.  Corrine says Paula slammed a door on her finger. They're intentionally breaking things and then taking her to court to complain.  Police have been called, complaints filed.  It's costing Corrine time and money -- and maybe her health.

So, Corrine asked me for help.  Take a look at the video to see the greeting I received when I went out there. I've had some success getting rid of squatters by shining a light on them.

These characters may take some time.  But Corrine tells me there's progress.  She's got an order of protection and is pushing in court to get Paula Rivers and her family evicted.  We’ll be following this one.