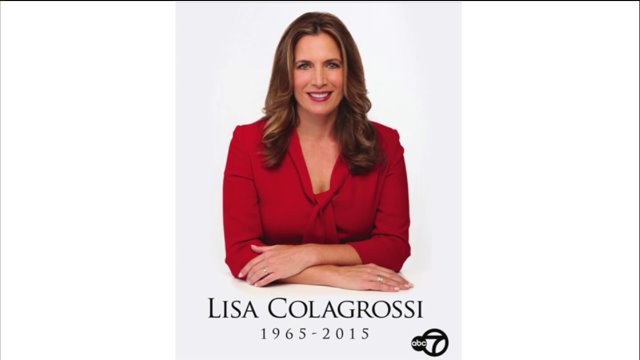 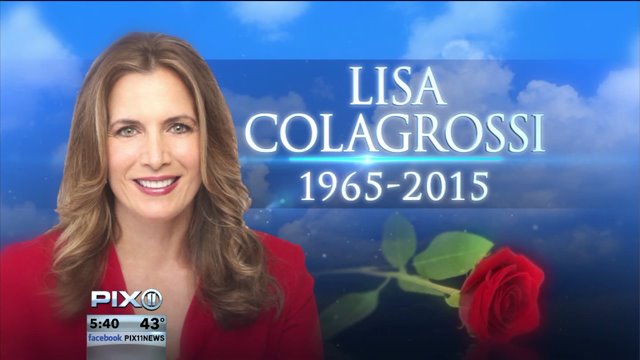 NEW YORK (PIX11) -- Veteran WABC-TV reporter Lisa Colagrossi has died after suffering a brain hemorrhage, the station announced. She  was 49.

The mother of two was returning from a live report Thursday morning -- a fire in Queens -- when she was stricken in the news van. The videographer quickly found an ambulance, and Colagrossi was taken to New York-Presbyterian/Weill Cornell Medical Center, where she passed away Friday. She never regained consciousness.

The Eyewitness News website early Saturday posted a tribute to Colagrossi, who had worked at WABC since 2001, first appearing on the Sunday after the World Trade Center attacks and covering countless stories since.

"Thursday seemed like just another morning, with Lisa Colagrossi doing what she did so well, reporting live from the scene. She was an amazing reporter, committed to Eyewitness News. She was dedicated to telling a story with honesty, a working woman, a hockey mom, she was gusty and fearless," the online tribute read.

Earlier in her career, Colagrossi worked at several stations, including her hometown of Cleveland's WKYC-TV.  In Orlando,  she was the main anchor at WKMG-TV before coming to WABC, where she immediately found herself covering some of the most difficult days in New York's history for Eyewitness News right after 9/11.

She became a beloved presence at WABC as a reporter for "Eyewitness News This Morning," and it was on the job that she became fatally ill.

"We here at Eyewitness News are still in shock and we're trying to cope with the loss of someone we loved and valued," WABC said on its website.

Colagrossi, a resident of Stamford, Conn. and a "proud hockey mom," is survived by her husband, Todd Crawford, and two sons, who are 11 and 14.

“Lisa Colagrossi embodied the Eyewitness News spirit- a straightforward reporter who told the truth, empathetic to the everyday citizens of the New York area, and demanding of those in power,” said Dave Davis, president and general manager of WABC-TV, in a statement reported by the Daily News. ”All of us in the Channel 7 family are in shock over her sudden death. Our attention is now focused on helping her husband and two children though this difficult time.”

The station's news director, Camille Edwards, said that Colagrossi's  "bright smile and big blue eyes lit up our newsroom. She was a reporter with two wonderful qualities: grace and grit. Her Eyewitness News family is overwhelmed with grief right now. Our hearts are truly broken.”

The station's staff as well as fans of Colagrossi took to social media to express their condolences.

Among the many expressing grief was anchor Liz Cho, who tweeted that Lisa "was an extraordinary journalist, wife, mom .. And friend. And she will be missed everyday."

Please watch this beautiful tribute to @LColagrossi7 by @LoriStokes7 http://t.co/fcNLQ1GlOl It captures much about an extraordinary woman

Lisa Colograssi was an extraordinary journalist, wife, mom .. And friend. And she will be missed everyday. #abc7ny pic.twitter.com/wb4gKRi6Mp