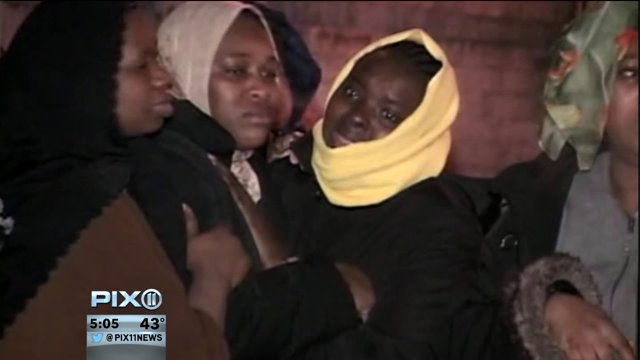 The Brooklyn community is mourning the loss of seven young lives in the tragic fire. 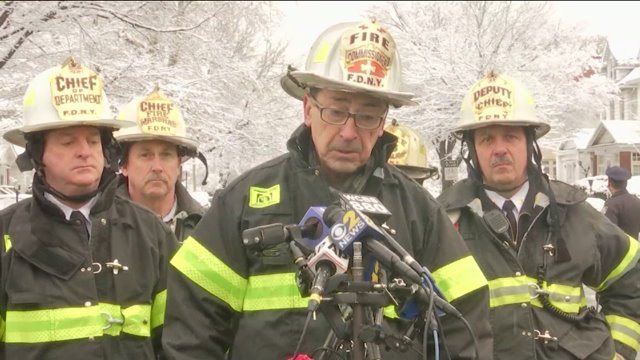 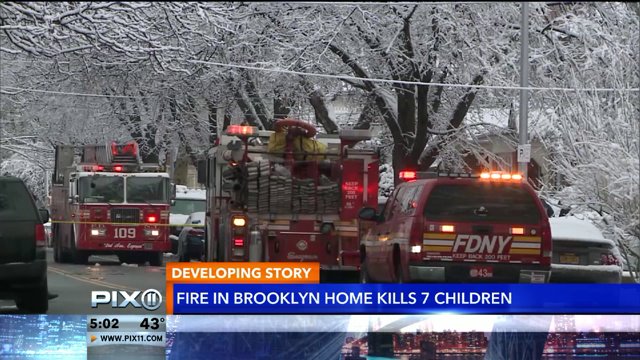 MIDWOOD, Brooklyn (CNN) -- Seven children in what neighbors described as an Orthodox Jewish family were killed early Saturday in a Brooklyn house fire that was apparently sparked by a hot plate meant to keep food warm over the Sabbath, New York's fire commissioner said.

The four boys and three girls -- siblings ranging in age from 5 to 16 -- were in upstairs bedrooms when the unattended hot plate apparently malfunctioned in the kitchen, starting a fire that swept up from the first floor shortly after midnight in Brooklyn's south-central Midwood section, New York Fire Commissioner Daniel Nigro said.

The fire's only survivors: The victims' 45-year-old mother, Gayle Sassoon, and her 14-year-old daughter. Both jumped from second-floor widows to escape and were being treated for burns and smoke inhalation, police said. The mother was in critical condition; the status of her daughter wasn't known.

"This is an unbelievable tragedy," Mayor Bill de Blasio said after he toured the burned-out home with fire officials Saturday afternoon. "It's so painful, it's so difficult . ...

"Every New Yorker is feeling this pain right now."

The children's father was away, apparently for a conference. After initially having trouble contacting him, police found him and told him of the tragedy, Nigro said.

Investigators believe the family was trying to keep food warm with a "hot plate" device in the kitchen as part of their observance of the Sabbath, Nigro said.

The hot plate apparently malfunctioned as the family slept upstairs in four bedrooms, Nigro said. He did not say how the malfunction happened.

The fire raced from the kitchen up a staircase and toward the bedrooms. Someone called 911 shortly after 12:20 a.m., and the firefighters arrived less than four minutes later, but the blaze was well advanced, Nigro said.

Firefighters broke down the front door and knocked the flames down to the point where they could go upstairs, "but it was too late," Nigro said.

"It's difficult to find one child in a room during a search. To find a house full of children that can't be revived, I'm sure this will take its toll on our members for quite some time," Nigro said.

One girl was pronounced dead at the scene; the other six were sent to hospitals but died, police said.

911 caller says he heard a scream

A neighbor, Andrew Rosenblatt, said he was working on a computer in his house when he heard a scream after midnight.

"Mommy, mommy, help me!" someone, apparently a child, cried out. Having seen people walking outside just a half hour before, Rosenblatt initially thought someone had slipped in the snow.

But then he heard more, unintelligible, screaming outside.

He looked out his back window, and flames were flashing out the Sassoon residence's second-floor windows, 40 feet behind his own home.

He said he immediately called 911. People had gathered outside; he wasn't sure whether the screams he heard were from inside or outside the burning house.

While he still was on the phone, a fire truck arrived. He said firefighters "heroically" rushed into the home.

"I can't give them enough credit. They were going through extremely heavy smoke -- at times I couldn't see that house from my house" because of the smoke, Rosenblatt told CNN by phone. "They truly are the bravest."

Another neighbor, Trudy Dresch, told WABC that as firefighters rushed into the burning house, other firefighters kept neighborhood residents from trying to help.

"The fire department had to back everybody off, because it was just engulfing," she said.

Commissioner Nigro commented that Saturday's tragedy is the largest fatality by fire in the city in 7 years. In 2009, 9 children and 1 adult died in a fire sparked by a space heater.

Smoke detector in basement, but none found above

Firefighters found no evidence of smoke detectors in the first and second floors, said Nigro. There was a working smoke detector in the basement, though it wasn't clear whether it had activated.

Even if it did sound an alarm, the basement device wasn't sufficient because rising smoke would have incapacitated the family before the basement was affected, and because it would have been too far away to hear, Nigro said.

"To hear a smoke detector two floors away is asking a lot," Nigro said.

Nigro said that from what he could tell, it would have been "impossible" for the mother to have left her room to collect her children in other rooms.

"The mother would have had to go into the fire" to collect the children, and instead did what she could to jump out of a window to get help, Nigro said.

Firefighters arrived to find the mother and the 14-year-old already out of the house.