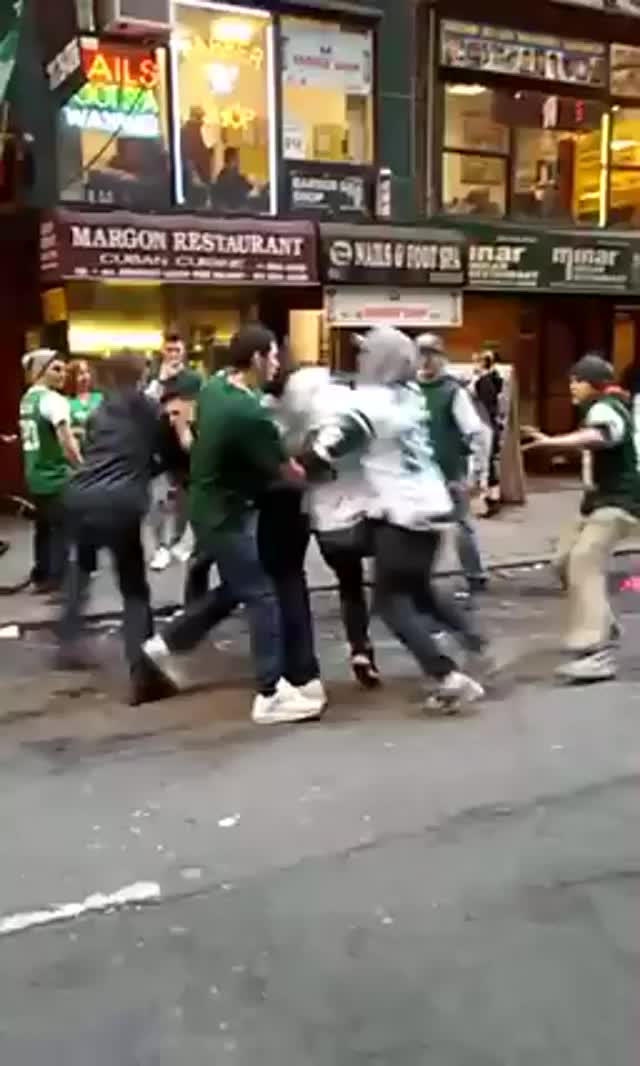 While some were enjoying the annual parade in Midtown or a Guinness at a local pub, a group of men took their fun to another level. A video posted to Facebook shows a  violent brawl that broke out in the street during the celebrations in New York City.

The fight, which took place on 46th Street outside O'Brien's, was caught on cell phone video on and posted online, according to Community Leader Tony Herbert.

The fight follows a string of beatings around the New York area lately that have been recorded and posted to social media platforms.