Who do police body cams protect: Cops or the public? 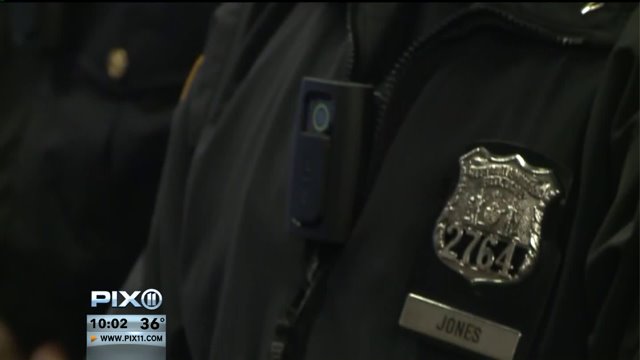 The NYPD is currently testing the very same police body camera technology and in both the Garner and Harrison cases, interested parties are raising the very same questions about the video`s value in an investigation.

NEW YORK (PIX11) -- There’s more to evaluating a piece of video evidence than simply examining what you’re seeing on screen.

We are getting our first glimpse at the video-recorded fatal encounter between 38-year-old Jason Harrison, and 2 Dallas, Texas police officers. It happened last June, a full month before amateur cell phone video captured Eric Garner’s final moments on a Staten Island sidewalk.

The video was recorded by one of the officer’s department issued body cameras. Harrison was a diagnosed bipolar-schizophrenic.

His mother called the police. It was not the first time she made that call, and as you can see, as she calmly walks out of the house to let the cops take over, her son emerges right behind her standing in the doorway, holding a screwdriver.

The NYPD is currently testing the very same police body camera technology and in both the Garner and Harrison cases, interested parties are raising the very same questions about the video’s value in an investigation.

“I think that video should absolutely be used as evidence,” said Daniel Sanchez of CopWatch. Daniel Sanchez is with the organization CopWatch which routinely records and documents police-civilian encounters.

“It just seems interesting that the interpretation that benefits police officers is always the one that becomes publicly accepted, and is the one that carries weight in a court of law,” said Sanchez.

If testing goes well among the several dozen NYPD officers now wearing body cameras - department brass plans to expand their use across the city.

“It’s an additional piece of information that I think should really be used by experts only who evaluate the use of force in a given case. Because once you give it to the public, there will be a million interpretations,” said Haberfeld.

The presence of video in a fatal police encounter does not make the process of placing blame - or clearing someone of wrongdoing - any easier.

The Harrisons who released the video, have already filed a federal civil rights lawsuit against those two officers and the city of Dallas. In the meantime, right here in New York City, in addition to testing body cameras, the department is training officers on de-escalation techniques.