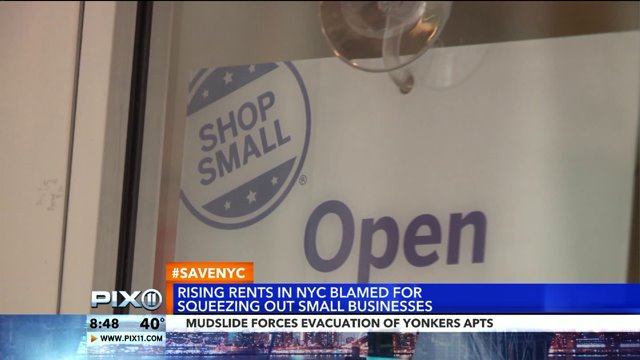 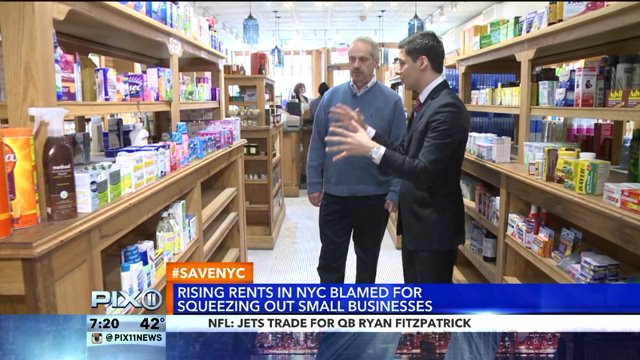 NEW YORK (PIX11) -- We begin this story a bit differently, with a question: What makes New York City what it is?

It’s a simple, yet loaded question that I want you to think about as you read this article or watch the video above.

The people, the smells, the transit – buildings, jobs or schools, whatever it may be – the city is unique. However, our focus on this forever changing city in this story, are the neighborhood stores that we all frequent.

For example, I live in Hell’s Kitchen and my favorite mom and pop shop is “The Little Pie Company,” where they bake their fresh products right in the kitchen in house.

In the West Village, right on the corner of Bleeker Street and Sixth Avenue lives Avignone Pharmacy – established in 1832.

“We know customers’ names. I’ve been here for 30 years,” owner Abe Lerner said. “ I’ve seen kids grow up and come back with their own kids.”

At a closer look, however, you’ll see empty shelves, clearance signs posted, and letter to customers sitting near the register letting them know the bad news – the store is closing.

Abe learned back in August that the building he rented for his pharmacy was sold to another landlord who knows wants to triple the rent. To put a number on it, the landlord wants to raise the rent from $20,000 a month to $60,000 a month.

When I asked Abe who is winning, he replied with a simple answer.

“It’s the chain stores that keep coming in and are willing to pay these high rents,” Abe said.

In this case, CVS bought out Abe’s pharmacy customers a few years ago and that was the beginning of the end.

And Abe isn’t alone. Up and down Bleeker Street are small shops with shuttered doors and ‘For Lease’ signs posted – mostly because of rising rents.

Jeremiah Moss – a city resident - began a blog called Vanishing New York, highlighting small mom and pop shops that are closing all over the city. His blog has now created a movement called #saveNYC.

Right now, a landlord can raise a business’ rent however much they want, no questions asked. The #saveNYC campaign is calling on the city council to pass a bill in the council that would require landlords to negotiate with their tenants before raising rents.

You at home can get involved. Jeremiah, along with so many others, are posting videos of their favorite small businesses that are closing to raise awareness to the changing climate.

Ann McDermott is also a lifelong resident who has now joined the campaign. She has a very specific message for New Yorkers.

“We need a movement in New York City. The people need to say this has to stop,” McDermott said.  “We love our city the way it is. Stop turning it into a mall.”

For more information on the #saveNYC campaign, click here.

For more details about Vanishing New York, you can check out Jeremiah Moss’ blog here.