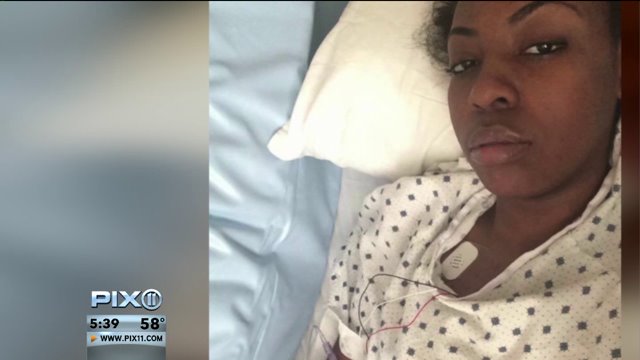 BROOKLYN (PIX11) -- The push is on to legalize pot. You hear people say things like, “It’s just marijuana, no big deal.”

Don’t say that to Allison Buchanan.  What she’s living is enough to terrify any parent. She says her 17-year-old daughter, Danieel, bought what she thought was just a brownie from another student at Benjamin Banneker High School on Feb. 27.

“She ate part of the brownie, shared it with two other students and got sick," Allison Buchanan told me. “Around 11 a.m. the school called me. They said she had high blood pressure and her heart was racing and they were taking her to the emergency room.”

Danieel’s been in the hospital since then, partially paralyzed. “She’s not able to walk. She can’t stand. She can’t sit up…They have never seen anything like this before. “

Howard: “Did they tell you that?”

Howard:  “Did your daughter have any pre-existing conditions?”

Howard: “Did she have any involvement with drugs earlier in her life?”

Allison tells us doctors say they found only marijuana in her daughter’s system. No other drugs. An allergic reaction, perhaps? No one knows. But the Buchanan’s insurance company, Empire Blue Cross, Blue shield, has denied coverage for Danieel’s rehab.  We’re looking into that.

Don’t tell that to Allison Buchanan.