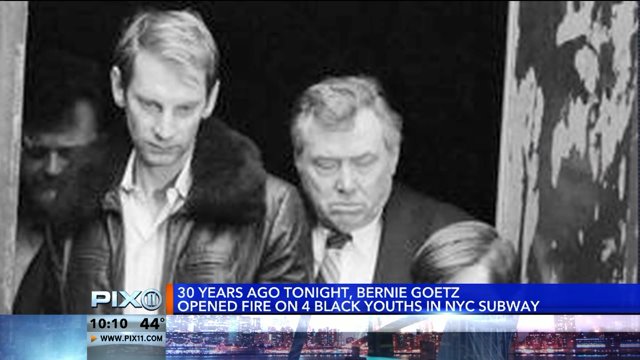 Thirty years ago, Bernie Goetz became a symbol for the out of control crime in New York City. 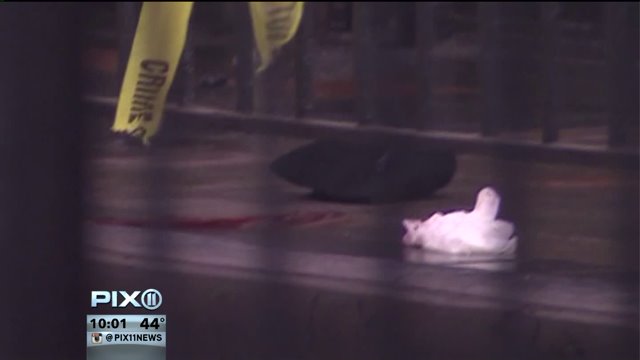 BROOKLYN (PIX11) -- A 69-year-old man shot and killed a 32-year-old man inside the Borough Hall subway station in Brooklyn during the Tuesday evening rush hour commute, according to NYPD.

The shooting occurred on the mezzanine level of the station at around 6:30 p.m. Tuesday, police say.

A witness tells PIX11 that two young men were acting "belligerent" on a downtown No. 4 train. The older man, who is retired corrections officer, got on the crowded train at Bowling Green, and attempted to get by the pair, when an argument broke out.

The witness says the retired officer was not engaging the men and said "don't touch me," when one of the men punched him in the face.

That old man wasn't having it. He loaded the clip all calm and collected and went right for those boys. He was done. Pure chaos

The retired corrections officer attempted to restrain the suspect, then pulled out a gun from his pocket. One of the men ran from the train when the doors opened at Borough Hall. The witness says he saw the man load the gun and a scuffle ensued.

The witness didn't see the actual shooting, but heard the gunshots.

Police say the 69-year-old man fired from his gun and struck 32-year-old Gilbert Drogheo in the torso.

Drogheo was transported to Brooklyn Hospital, where he was pronounced dead.

Two men -- the retired officer and the deceased's friend -- are being questioned by police.

On December 22,1984, in a subway car, the 37-year-old electrical engineer shot four black youths whom he believed were trying to mug him.  With crime rampant in the city, especially in the subway, many New Yorkers hailed him as a hero.  Goetz was acquitted of murder and served eight months on a weapons possession charge.

"They picked the wrong guy," Goetz said.  "I do not think that this guy would have started up with them."

There are no arrests and the investigation is ongoing.