Amazon Mom creates backlash from families that fall outside the norm 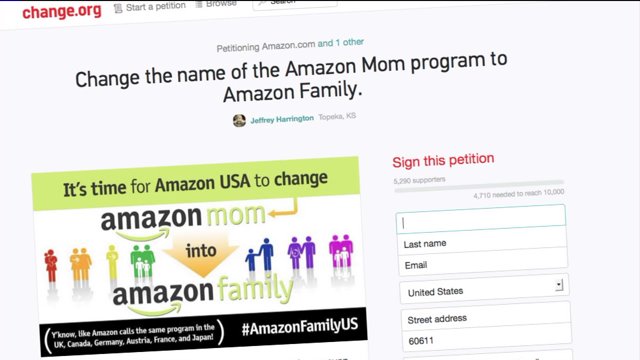 NEW YORK (PIX11) -- No matter where you look, the reality is the modern American family has evolved.

Moms aren't the only ones running the household anymore. It's that principle that's the fueling a movement online, calling on Amazon to change their popular "Amazon Mom" membership which offers discounts and services to parents and caretakers to "Amazon Family."

According to him, making the simple name change would avoid anyone in a modern family feel alienated.

"I've been at home with my kids for 10 years and during that time I've gotten emails from Amazon saying 'Dear Amazon Mom,'" Scheider explained. "It's not really that important but its just that little thing that irks people."

"We really want Amazon to open their ears and listen to us [because] Amazon Mom is not good enough anymore," Somerfeld said. "Its not reflective of what the modern family looks like anymore."

The conversation about "Amazon Mom" began about six months ago when an online petition called for the company to make the change.

It was reignited following the death of dad blogger Oren Miller who recently lost his battle with stage four lung cancer. The Amazon issue was something close to Miller's heart and its something fellow dads will continue to challenge in his honor.​