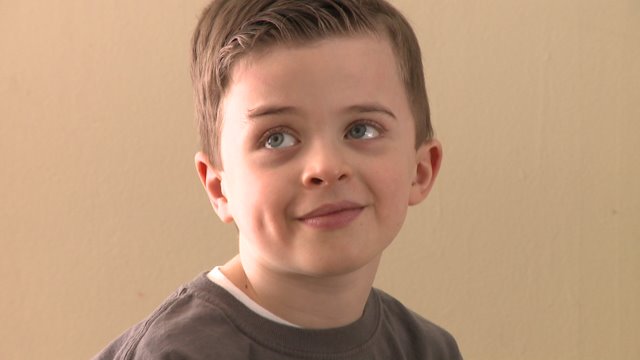 LONG ISLAND (PIX11) -- Corrine Brown's son, Patrick, is a bright, beautiful 7-year-old boy with autism. He can touch anyone with a captivating smile and a loving look, but he can't tell his mother how he feels or what he wants. He can't ask questions, and has trouble staying connected.

"When I look at him and talk to him, I know he's in there, I know he sees me and understands me and I just want him to be ok," Corrine said.

While her husband, Jimmy, works three jobs, Corrine works tirelessly with teachers, specialists and doctors hoping to give their son every opportunity for a fulfilling, independent life. While Patrick's progress has been slow, the family has recently seen something extremely encouraging -- Patrick's reaction to a bicycle his brother Kieran got for his birthday.

"Patrick looked at it was so excited got on it, but he was unable to pedal and steer," Corrine said.

Because of his special needs, Patrick needs a special bike. The buddy bike is an inline tandem bicycle where Patrick and can sit in front while his mom or dad can sit in the back and control steering.

But the Buddy Bike, which can cost up to $2,500, is an overwhelming expense for a family who puts every extra penny toward Patrick's care. That's why they're looking to the Great Bike Giveaway and hoping for your vote to win a bike cost-free.

"I'd feel really happy if I could ride a bike with him. I'd love it," Patrick's brother Kieran told Pix11 News. To help his brother out, Kieran has pulled out all the stops, even writing a poem and posting it online.

If you would like to help Patrick win a Buddy Bike, click on this link and vote: www.friendshipcircle.org/bikes/2015/02/patrick-b/#.VNpuJzN5gDE.facebook