The current deep freeze is among the harshest ever, so why are some saying we should be thankful? 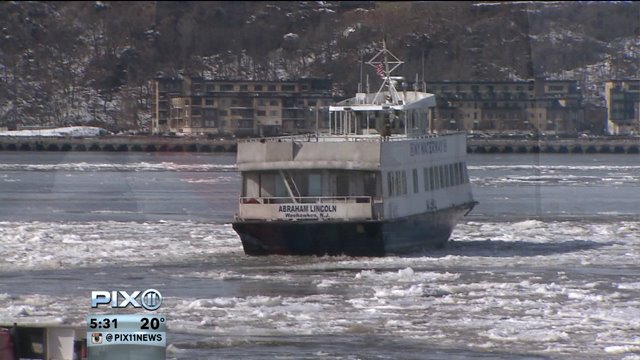 NEW YORK (PIX11) -- It's now officially the coldest the tri-state area has been in more than a generation. Yet some people, including a weather historian, say we should be grateful, for reasons that could cause them to ultimately change their assessments.

A simple look at the Eastern shore of the Hudson River in Midtown is all it takes to conclude that it's colder than our region has been for a long time. The rock hard, inches thick mantle of ice there is the result of the current freeze that's unusually hard, even for mid-February.

"We could end up with this being one of the ten coldest months on record," said Rob Frydlewicz, founder of the New York City Weather Archive blog http://thestarryeye.typepad.com/weather/.

He said that without a doubt, the current cold spell is of the sort not seen for over three decades. "In 1979," said Frydlewicz, "we had ten days right in a row that were 22 degrees below average. This is going to be the coldest February since then. So it is quite cold."

A local woman shopping at a cold weather gear street vendor's stand put it another way. "This is wicked. Wicked, wicked, wicked."

Who doesn't feel that way about the 4-degree temperature recorded in New York just before sunrise Monday. That temperature, coupled with the double-digit mile per hour winds, made it possible, according to emergency managers, for exposed skin to freeze within minutes.

Despite that fact, a few people in the Tri-State were trying to look on the bright side.

"You just have to dress right," said George Singleton, the street vendor who was selling hats, gloves, scarves and baclavas to the woman who'd described the wintry weather as "wicked."

"You've got to buy the right clothes" to be protected from the cold, Singleton said, "the best stuff."

In other words, he calls this weather manageable. So does North Jersey resident Ben Beit-Zuri. He told PIX11 News that after noon, the wind died down enough and the sun rose high enough that he was able to take the NY Waterway ferry from Hoboken the way he preferred.

Earlier in the day, even weather historian Rob Frydlewicz was making the best of the bitter cold. "Be thankful we don't have the snow to trudge through," he said, after noting that "last year, we had 42 inches of snow in a 30 day period,"

The forecast does not call for those kinds of conditions here. However, it does call for some snow overnight Monday and well into Tuesday morning.

Also, more snow could very well figure in to the season, which still has more than a month left. Meteorologists at Weather2000, a long-range weather forecasting company, are not calling for mild temperatures to reach the New York metro area until after March begins.