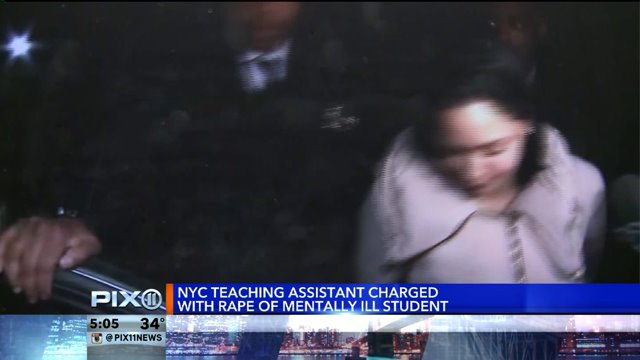 A teaching assistant in the Bronx is being accused of having sex with a minor.

The 29-year-old married mother of two toddlers is charged with six counts of rape for each time she allegedly had sexual intercourse with a special needs 14-year-old male student.

Police say the encounters, including oral sex, took place in Mrs. Contreras's apartment near the Bronx Academy of Letters where she had worked as a substitute paraprofessional for the last year.

Inside the court, her defense lawyer denied all the charges saying,

"She never touched the boy. She would never touch a child. She has never been alone with this boy. This is the word of a special needs child. No physical evidence, no video."

But ever before her arraignment, the city Department of Education fired her saying, "These allegations are incredibly disturbing. Ms. Contreras has been removed from her position and will no longer be employed by the DOE. We are working with the NYPD on their investigation."

One advocate for developmentally disabled children says that is not enough.

"There has to be better oversight of the teachers," Gerstman told PIX 11.