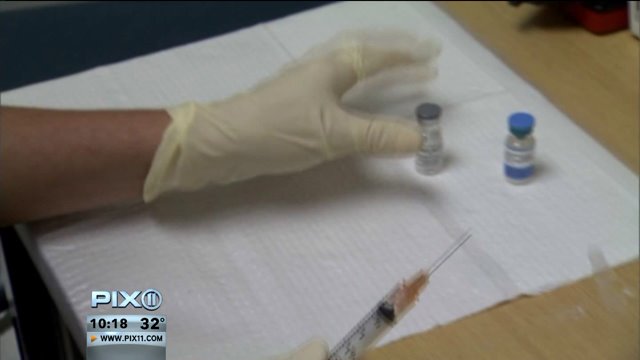 Schumer made the recommendation Sunday, noting that the CDC says at least 102 people have contracted measles in 14 states including New York so far this year. There was a record number of cases last year — 644 in 27 states.

The measles, mumps and rubella vaccine, or MMR, is given in a series of shots. Health professionals recommend young children get two doses and adults get at least one booster.

Measles was said to be eradicated in the U.S. in 2000 but is making a comeback because of low vaccination rates.

Schumer urged the CDC to provide vaccines to schools and health clinics.