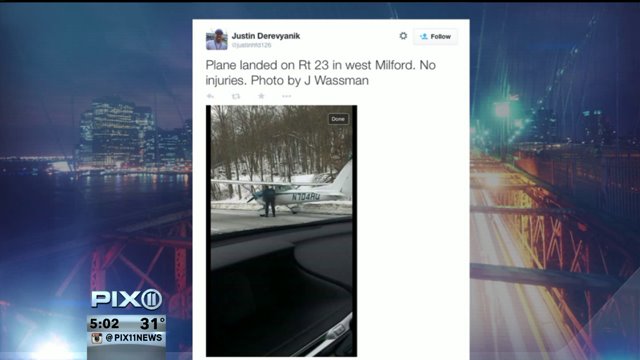 A small plane successfully made an emergency landing on a New Jersey highway. The pilot brought the craft down along Route 23 North in West Milford.

The pilot brought the craft, which is registered to a man in Paramus, down along Route 23 North in West Milford.

According to the FAA, the unidentified pilot was the only one aboard the Cessna C150 when it landed.  The pilot told reporters he felt the plane losing power just before he made the landing.

The pilot landed the aircraft without causing any damage to the plane or vehicles on the roadway.

According to witnesses at the scene, the pilot appeared to be uninjured.