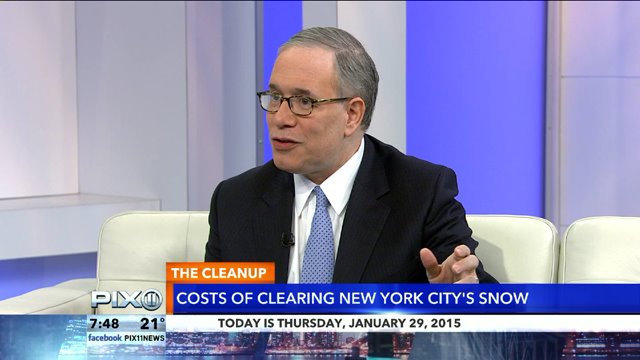 NEW YORK (AP) — A new study says the cost of removing snow in New York City is about $1.8 million per inch.

It does not include the storm that hit the city earlier this week.

The most expensive years for removing snow were winters — like fiscal year 2011 and 2014 — in which the city received the most snow.

But the cost per inch was also high in winters without much snow because the city had certain built-in winter expenses.

Stringer said the most cost-efficient winters are ones with a moderate amount of snow.

The average snowfall during that period was 35.9 inches. And the average annual cost for snow removal was $55.3 million.