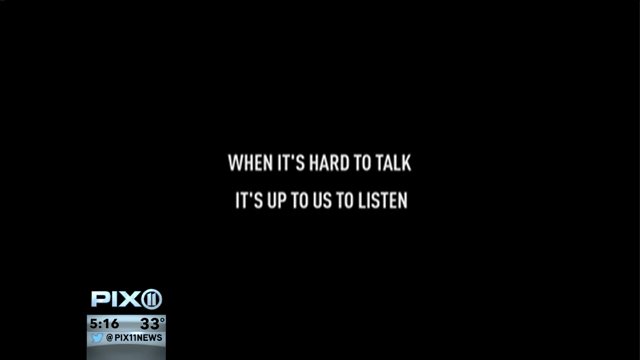 The NFL is taking steps to get domestic violence out of football.

NEW YORK (PIX11) -- The NFL has released the 60-second commercial of a new anti-domestic violence PSA, which will air as a 30-second spot during the first quarter of the Super Bowl.

The ad touches on a serious issue that affects millions of people each year, including Laverne Pierre from the Bronx.

Pierre remembers when her husband attacked her with a knife, her call to 911 was very different than the one in the PSA.

"To hear her say she wanted to order a pizza really brought back memories, I said wow she was smart," Pierre said.

The league has been working tirelessly throughout the season to make up for the damage done by it's mishandling of 2 high-profile domestic abuse cases involving players Ray Rice and Adrian Peterson.

Maureen Curtis from Safe Horizon tells PIX11 she thinks the spot being played during the big game is a great step for the league.

"Bravo to the NFL and the 'No More' campaign. We all know the Super Bowl ads are just as important as the game itself and so many people will be watching," Curtis said.

In general, 60 percent of all domestic violence calls come in during evening hours and police say on Super Bowl Sunday, they do see a spike in calls.