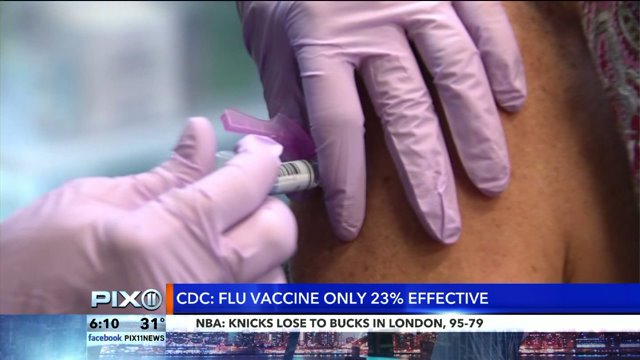 A new health student comissioned by the CDC says flu shots are only 23 percent effective.

Health officials with the federal Centers for Disease Control and Prevention say a new study shows it's 23 percent effective.

That's one of the worst performances since the government started tracking how well vaccines work a decade ago. The best flu vaccines were 50 to 60 percent effective.

But this year, the vaccine doesn't include the specific virus that is making most people sick. Early in the season, officials warned the vaccine probably would not work very well.

The study results were released Thursday by the CDC, and focused on about 2,300 people in five states who were sick.