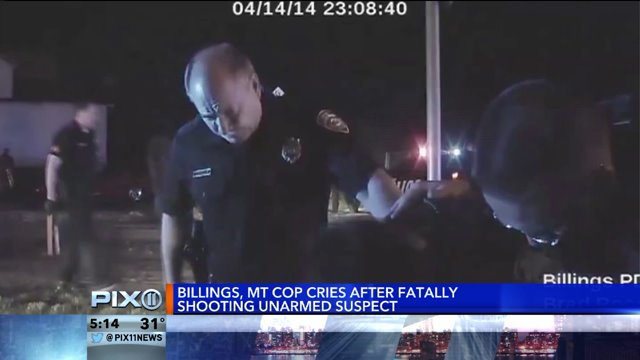 Officer Grant Morrison was overcome with emotion after the shooting.

Cops say the suspect was high on meth and ignored Officer Morrison's commands to raise his hands.

Morrison is heard on the tape saying "I thought he was going to pull a gun on me."

A jury cleared him of any wrongdoing and he is now back on duty.