Org. fighting to have police officers targeted because of uniform covered under hate crime laws 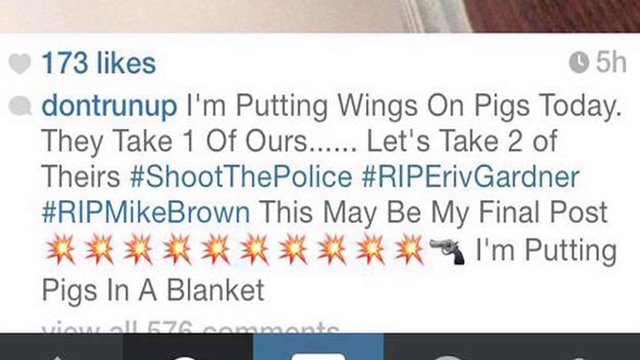 Now one group is hoping to add a job to the list.

"Police, who are discriminated against strictly because of the color of their uniforms, are not covered," said Jim Pasco, executive director of the Fraternal Order of Police.

The FOP has pushed lawmakers to add police to the hate crimes list for the past decade.

But with anti-police protests spreading across the country in recent months, and police officers becoming victims of multiple attacks, the FOP is stepping up the effort.

Tuesday the organization sent letters to the Capitol Hill asking the President as well as the leadership of the House and Senate for support.

"It's high time that the congress and the administration got together on something and got a law passed that would help protect police officers," said Pasco.

The proposal cites several recent incidents across the country in which police officers were targeted simply because of their jobs as cops.

Among those incidents, the recent assassinations of officers Raphael Ramos and Weinjan Liu in Bed-Stuy. In that case the killer posted several cop slurs on his Instagram feed including #Shootthepolice.

"A number of them, as best we can tell, are the result of deranged individuals feeding off of this anti-police frenzy and feeling that they'll be validated when they attack police officers," said Pasco.

If the law passes it would add another charge to targeted crimes against police officers that would allow them to be tried in Federal Court.