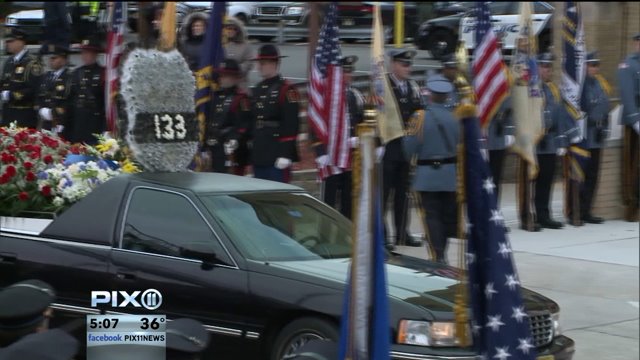 Mourners said goodbye to a young officer killed in the line of duty in Cliffside Park, New Jersey.

Stephen Petruzzello, 22,  was a special officer in Cliffside Park for about a month before he was struck by a sport utility vehicle last Saturday while on a foot patrol.

The driver told police she did not see the officers.

The Record of Woodland Park reports that officers from police departments across the region attended the funeral Saturday morning at Epiphany Roman Catholic Church.

At the funeral, a car rode with the precession with flowers and Petruzzello's badge 133.

Another special officer was injured in the crash but is expected to survive.

As a special officer, Petruzzello could make arrests but did not carry a gun.