Fear and finances: Reasons behind Sony’s cancellation of ‘The Interview’ 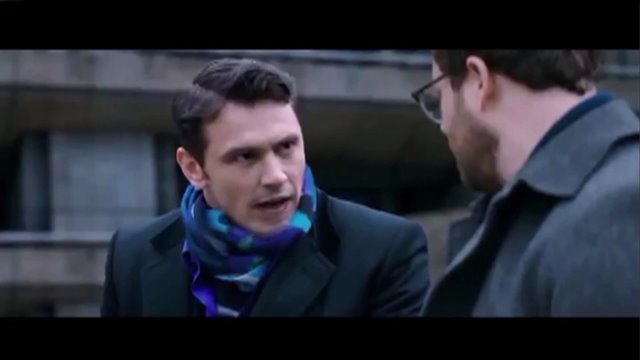 The writing is on the wall about "The Interview."

But are the headlines telling the entire story of Sony’s decision to cancel the release of its controversial movie?

To be sure, this is not the first time public pressure has forced filmmakers to pack it in.

In 1973, protests over violent scenes in the film “A Clockwork Orange” kept it off British screens for decades.

This time, the motivating factor for Sony was simple: money.

“They were caught between a rock and a heart place. This was probably the right decision from a near term point of view,” said Ira Deutchman.

That, according to the chair of Columbia University’s film program, who says Hollywood failed to look at the big picture.

At the heart of the controversy, the value we -- as Americans -- put on the First Amendment right to free speech and that North Korea apparently could care less about that right.

“To me one of the rotten things that went on here, is did you see any of their other major studios rally around Sony and just say, we gotta protect the First Amendment rights of all our companies? No, they were just worried about Christmas. They’re worried about multiplexes, and whether people were not going to go to the movies at all. And they’re really worried about 'Annie.' They’re not worried about that movie. So that’s the reason that decision was made - they were pressured into doing it,” said Deutchman.

The paranoia that set in following a threat that alluded to the release of more damaging, stolen information from Sony and a specific mention about the 9/11 attacks was all it took for Sony to reluctantly accept losing tens of millions of dollars.

Dave Caplan, managing editor of the TheDissh.com, says the despite the fallout -- both financial and creative over “The Interviews" incendiary scenes, don’t expect Hollywood executives to shy away controversy in the future.

“I think American studio executives already - are cognizant of are they offending anyone. That’s a huge blanket statement. I think inherently, realistically, the American motion picture industry is ethnocentric. Are the North Koreans tended to be portrayed in a negative light? Yeah. Are Syrians? Yes. Are Cubans before? Yes,” said Caplan.