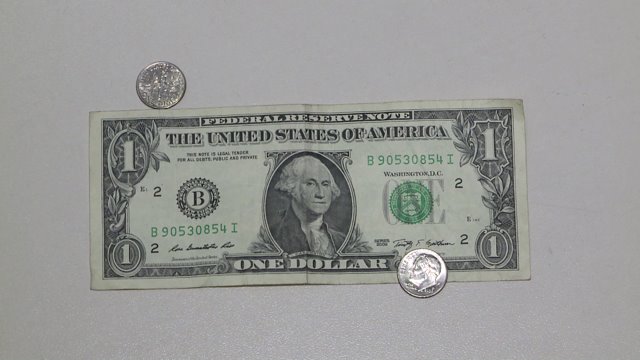 James Ford follows the money and learns where the extra charge on your cellphone bill -- meant to make the 911 system more effective -- really goes.

NEW YORK (PIX11) -- Every month, New York cellphone users pay an extra $1.20 on their bills, a state mandated amount that was meant to pay for improving 911 service on cellphones.

While that fee may be too small to gain much notice -- let alone spur any emotional reaction -- cellphone customers may be surprised, and even frustrated, to learn how that surcharge is actually being spent.

The fee, called the Public Service Commission surcharge, was raised to its current level two decades ago, after kidnapped college sophomore Jennifer Koon called 911 to get help, but resources were not in place to be able to pinpoint her location.

After spending 20 minutes with dispatchers unable to assist her cries for help, Koon's abductor killed her. Her father, David Koon, ran for the New York state assembly months later and won. He secured the passage of the $1.20 surcharge to pay for enhancements to 911 systems statewide that would enable dispatchers to pinpoint the locations of calls.

The measure accomplished its initial goal, but the need to upgrade 911 systems remained as demands grew and technology improved. Despite that, however, in October, New York City's 911 system crashed for two hours, leaving dispatchers writing out emergency calls by hand. It was the latest of dozens of times that's happened in the last two years.

Another example comes from the Metro-North train derailment in the Spuyten Dyvil section of the Bronx last December that left four people dead. A problem with the 911 system sent eight fire trucks to the wrong location to provide aid.

The list of problems goes on and on, despite the Public Service Commission fee.

"It's frustrating," said Dana Smith, the emergency response coordinator in Dutchess County, as well as one of New York state's biggest critics of how the cellphone bill surcharge is used.

"What they need to know," Smith said about cellphone customers, "is that it's not going to what it was intended for."

"Our concern," Smith continued, "is that money, not all of it at least, is going to support their nearby call center."

Smith said that in order to understand why that's the case, one need look no further than Albany, five years ago.

The state government's general fund is a line of revenue that allows state offices to spend money on just about anything approved by the legislature, including, ironically, tens of thousands of dollars yearly in state government cellphone bills, tens of millions in salaries and overtime for workers at non-emergency state agencies, even clothing and shoes for state workers, and the costs of cleaning that clothing.

It's a long list of items for the spending of that 51 percent of the PSC. As for the rest, said Smith, "The remaining 49 percent is split up to support a variety of state agencies."

Agencies which provide services, such as the state police, Department of Corrections, and Parks Department. Part of that amount, according to Smith, is grant money for 911 service enhancement and improvement. But that part of the amount is small.

"The counties are left to compete for the crumbs," he said.

Specifically, of the $1.20 per month PSC surcharge that cellphone users pay to improve 911 service, only about 6 cents actually goes toward making 911 service more effective.

"It forces us to delay enhancements to the system by a couple of years," Smith said.  The result is the postponement of new projects designed to increase public safety, such as "next generation 911, which permits you to text to a 911 center," according to Smith.

Currently, he pointed out, there's not enough money in his budget, or those of other emergency management systems statewide, to acquire potentially life-saving improvements of that sort. The only way to be get them anytime soon, Smith said, is for the situation in Albany to change.

"There would need to be a change in legislation," he told PIX11 News. "Am I hopeful of that? Absolutely. Putting a spotlight on it, like this, is important. If the public is aware of it, they can contact their state officials and say that they want this addressed."

There is an effort underway by emergency management officials statewide to have a new audit carried out by the state to track PSC surcharge dollars. The last one, from which the aforementioned breakdown of spending comes, was made by H. Carl McCall when he was New York state comptroller a decade and a half ago.

A new audit may further emphasize the need to change how the PSC surcharge is spent.

Also, cellphone users in the five boroughs of New York City pay an additional 30-cent charge on their monthly bills, above and beyond the $1.20 PSC surcharge. That 30 cents goes toward improving 911 service, according to city emergency managers, but it means that only 20 percent of the money New York City cellphone use.