Brooklyn teacher arrested for leaving kids at home to drink, get tattoo: cops 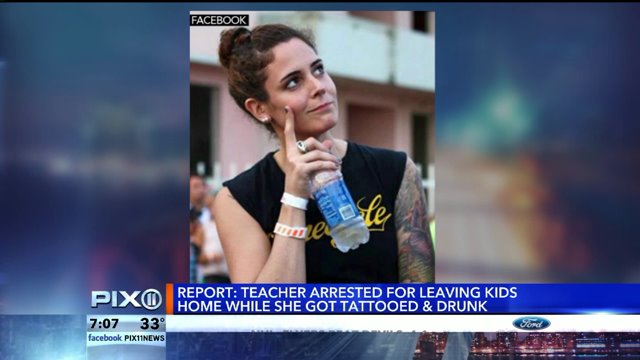 Police sources say the teacher and her husband left their kids home to go out drinking and get tattooed.

SUNSET PARK, Brooklyn (PIX11) -- A Brooklyn teacher was arrested after police say she left her kids home for hours so she could go out drinking and get a tattoo with her husband.

Laura Aguero-Dupla, a 35-year-old teacher in Park Slope was charged with three counts of endangering the welfare of a child after leaving her kids to fend for themselves Wednesday night.

The kids range in age from four to 12.

The New York Daily News reports that Aguero-Dupla told police she went to get a tattoo finished at a Lower East Side shop before going out to drink.

Neighbors called police around 2 a.m., Thursday after hearing a commotion.

Aguero-Dupla and her husband Alfredo Bobe were arrested when police learned that the kids had been home alone for hours.

A spokesperson for the Department of Education said Aguero-Dupla has been removed from her classroom at Middle School 88 in Sunset Park.