Congressman Meeks on Garner decision: ‘What good is a body camera?’ 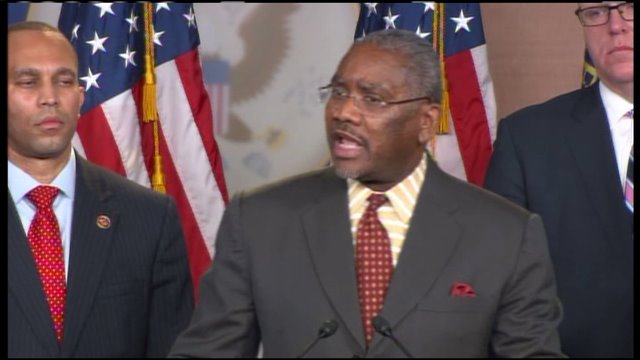 "It makes me wonder, what good is, what most of us been talking a lot about," Meeks said in a Wednesday press conference. "What good is a body camera?"

He said the cameras as having the potential to eliminate the "he said, she said" confusion that often surrounds situations involving police officers and citizens.

However, Meeks dismissed its use if it doesn't convict anyone.

"A body camera is used to present the facts that took place," Meeks said. "In effect, we had a body camera here -- we've seen it all."

"Hands up is not just about Ferguson because if you look at this video you saw Eric Garner had his hands up and pulling back."

Bratton said the first set of 50 cameras will be running by this weekend.