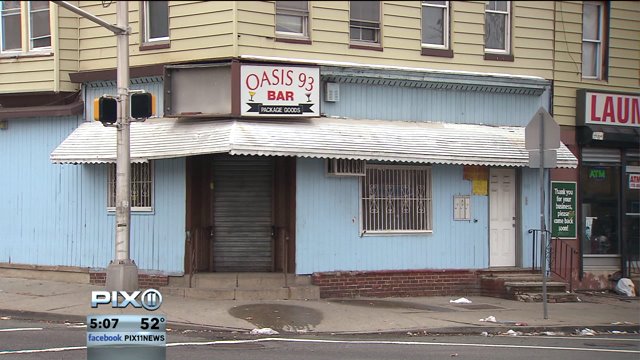 Tragedy struck in Newark this weekend when five people were shot, two of them fatally, in a pair of shootings, authorities said.

NEWARK, N.J. (PIX11) – It was a violent weekend in Newark, where eight people were shot, three of them fatally, in a trio of shootings, authorities said.

Authorities emphasized Monday morning that the investigations are still in their “very early stages.” It is not yet clear if the deadly shootings are related, said chief of detectives Anthony Ambrose.

Gunfire first rang out about 9 p.m. Saturday in the 700 block of South 20th Street. There, officers found 23-year-old Zaire Williams, of Irvington, dead of a gunshot wound.

Some two and a half hours later, at about 11:30 p.m., gunfire again broke out in Newark, this time outside Oasis Night Club, located at South Orange Avenue and South Ninth Street, police said.

Officers arrived at the bar to find four people had been shot.

Lisa Parker, 36, of Orange, was pronounced dead at the scene. Three other shooting victims were taken to a hospital where they were listed in stable condition.

Then on Sunday, at about 6:30 p.m., bullets rang out on the 600 block of South 20th Street – not far from the scene of the shooting that took Williams’ life.

In that case, three people were shot. Jamil Harris, 25, of Newark, was killed and two other victims were taken to a hospital with non-life threatening injuries, officials said.

No motives have been released and there have been no arrests.

A $10,000 reward has been posted for information that leads to the arrest and conviction of the shooter or shooters responsible for the weekend’s violence.

Anyone with information is urged to call the Essex County Crimestoppers at 973-877-TIPS, or Newark Police Department tip line at 877-NWK-TIPS.