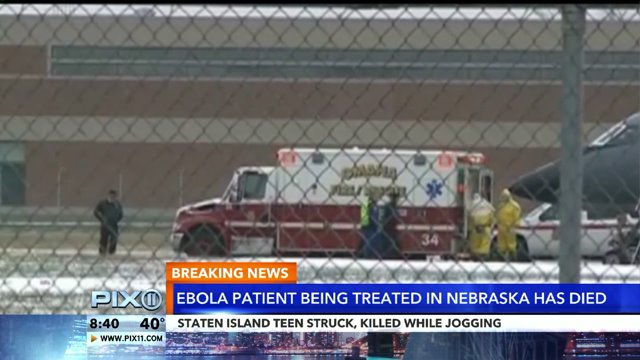 A doctor who contracted Ebola while treating patients in Sierra Leone has died at a U.S. hospital, officials said Monday. 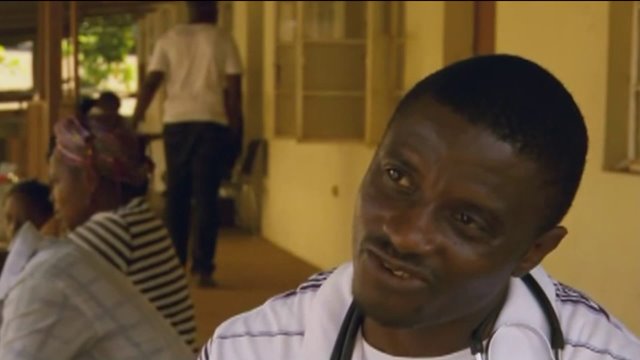 (PIX11) -- A doctor who contracted Ebola while treating patients in Sierra Leone has died at a U.S. hospital, officials said Monday.

"It is with an extremely heavy heart that we share this news," said Dr. Phil Smith, medical director of the Biocontainment Unit at Nebraska Medical Center. "Dr. (Martin) Salia was extremely critical when he arrived here, and unfortunately, despite our best efforts, we weren't able to save him."

The 44-year-old contracted Ebola while working as a surgeon in Sierra Leone and tested positive for the illness Nov. 10. He arrived in the U.S. on Nov. 15 to be treated at the Omaha hospital, where two other Ebola patients have been successfully treated.

When he touched down, Salia was suffering from advanced stages of the disease, including kidney and respiratory failure, the hospital said.

"We used every possible treatment available to give Dr. Salia every possible opportunity for survival," Smith said. "As we have learned, early treatment with these patients is essential. In Dr. Salia's case, his disease was already extremely advanced by the time he came here for treatment."

A news conference is scheduled for Monday morning at the hospital where Salia died.

Ebola has killed more than 5,000 people, with the vast majority of the victims being in the West African nations of Liberia, Guinea and Sierra Leone, according to the latest figures from the World Health Organization (WHO).

The 10th Ebola patient treated in the United States, Salia is the second of those patients to have died at a U.S. hospital from the disease, for which there is no known cure.

The first was Thomas Eric Duncan, a native of Liberia who began showing symptoms of Ebola shortly after he arrived in the U.S. in late September. He died at Texas Health Presbyterian Hospital, where he was being treated.