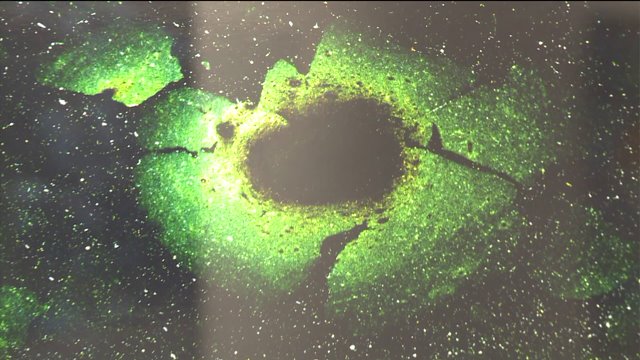 Deemed as one of the most polluted waterways in the country, it`s known for more bad than good.

BROOKLYN (PIX11) – It’s clear there is plenty of culture and history throughout Brooklyn. However there’s a section of the borough that stinks – literally.

Stretching 1.8 miles across four neighborhoods, the Gowanus Canal is considered one of the most polluted bodies of water in the United States.

Even though it’s in the early stages of being cleaned by the Environmental Protection Agency, the toxic sludge and smell of sewage that radiates from its waters would make just about anyone turn way.

For photographer Steven Hirsch it all served as inspiration.

On a trip to the infamous canal this past spring, the Brooklyn native managed to capture the charm of the contaminated waterway through his photography.

“I didn’t see it as pollution even though it was,” Hirsch told PIX11 News. “I just saw it as a chance to make some great art, to make some abstract art.”

While Hirsch does admit the images are slightly enhanced to make the colors more dramatic, the end result is truly an eye opener.

The photos even spawned an upcoming exhibition “Gowanus: Off The Water’s Surface” at the Lilac Gallery on Fifth Avenue.

The sewage and sludge that have made the canal notorious shine in all their glory. It was an undertaking that Hirsch said wasn’t easy.

“It was pretty terrible,” he said. “I would [lie] on the bank of the canal to get the lens closer to the subject and the fumes would come up and hit me in the face.”

According to the photographer, he suffered several headaches, chest pain and rashes on his skin following one of his first shoots at the canal.

“It was kind of sickening as it was difficult to do because I just didn’t enjoy being there.”

Depending on how you look at it, Hirsch’s photographs put both a good and bad light on the Gowanus Canal. The seasoned photographer explains he did it specifically in the name of art.

“I’m not an environmentalist, I’m not trying to change the world,” he said. “I’m just trying to make art here.”

“The destruction of the canal over so many years is a terrible thing obviously and I’d love to see it beautiful and to see fish in there but that wasn’t my intent at all when I was making the pictures.”

“Gowanus: Off The Water’s Surface” will be on display at the Lilac Gallery starting November 12 through December 1. For more information, visit their site, www.lilacgallerynyc.com.