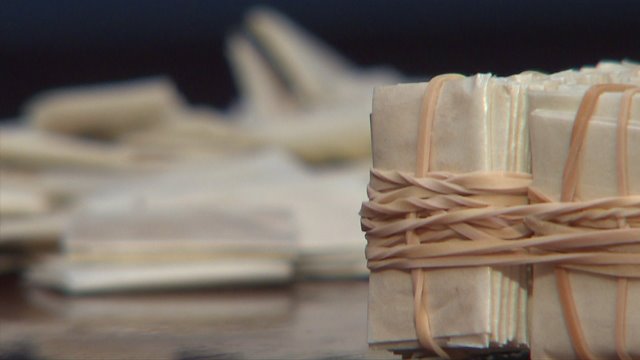 The Heroin epidemic on Staten Island is affecting people from every walk of life.

STATEN ISLAND (PIX11) -- When PIX11 Investigates sat down in the office of Staten Island District Attorney Daniel Donovan on Monday morning -- right after we launched our series, Heroin: A to Z -- the borough’s lead prosecutor didn’t mince any words about the heroin crisis there.

“We have firefighters, school teachers, honors students, who are now heroin abusers,” Donovan told PIX11 candidly. “That image we have of the 70’s and the early 80’s of a heroin abuser is not the heroin abuser of today.”

Donovan said even physicians are getting addicted to heroin, in the wake of a prescription drug crackdown in the last couple of years.

That led desperate, opioid addicts to seek out heroin, which is far cheaper—and gives a similar high—allowing them to avoid withdrawal symptoms, from not having pills.

“There was this false belief that these things were safe to take, because they were in your family’s medicine cabinet,” Donovan said of the painkillers that were commonly used and abused on Staten Island in the last decade. Young people produced a viral video about the wonders of Percocet, the 30 mg blue pill. Oxycontin rings popped up all over the borough.

Once the pill supply dried up, because of a New York State crackdown, heroin dealers realized there were huge profits to be made on Staten Island and elsewhere in the city.

Suddenly, heroin was available in every community on Staten Island.

“The heroin came to them,” Donovan said about the addicts, who would frequently buy their drugs in stores located in the many strip malls on the Island. “You would just text the supplier, and they would dispatch, just like you were ordering a cab.”

“Text—and deliver,” Donovan said. “You didn’t have to leave the neighborhood. It would come to you.”

34 people died of heroin overdoses on Staten Island in 2013. 32 of them were white, a representation of an epidemic that’s striking the middle class very hard on Staten Island and in many Long Island communities.

“Now we realize if we deal with their addiction, we can extract them out of the criminal justice system, help them with their problems, and if they’re successful, we’ll never see them again.”

If the addicts who get arrested successfully complete their treatment, the District Attorney will dismiss their case, and they get a clean slate.

But the District Attorney knows heroin is a vicious addiction to recover from.

Later this week, PIX 1 News will look at the battle over insurance money for appropriate length of care in rehab centers.