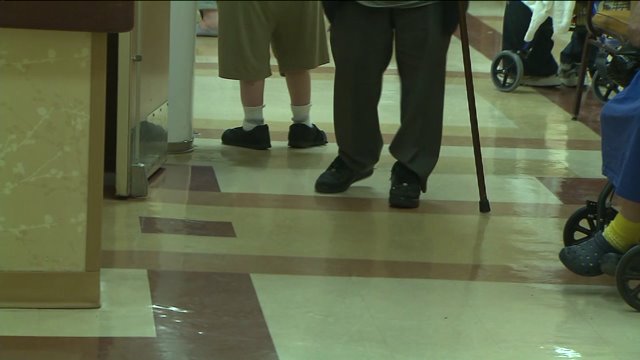 But now the Federal Emergency Management Agency has asked at least a dozen of these residents to pay back thousands of dollars in disaster relief aid.

But now the Federal Emergency Management Agency has asked at least a dozen of these residents to pay back thousands of dollars in disaster relief aid.

"I asked we had to pay it back and they said no, it's a gift from the president," said Howard Kucine.

The 61-year-old with Crohn's disease said he spent the money on food because the shelter food made him sicker.

Robert Rosenberg, also 61, showed PIX 11 this letter from FEMA which said the $2400 check he received was supposed to be spent on temporary housing.

Because the residents were all housed in state-funded shelters, Rosenberg said they spent the FEMA money on other necessities.

"It's not like we took a Bahama vacation," Rosenberg told PIX 11. "I am 4'4" and I had to buy clothing because none of the alter clothing was the right size."

A spokesman for the federal aid agency said, "FEMA remains committed to working with applicants and ensuring they have an understanding of the options available to resolve their debt."

But Belle Harbor Manor residents say there is no way they can ever repay any of the money because they are on fixed incomes.

The refund deadline is Nov. 15.