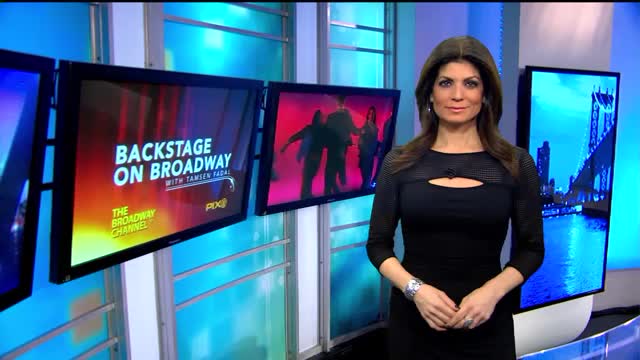 In this week`s Backstage on Broadway, PIX11`s Tamsen Fadal sits down with LaChanze. She`s a Tony Award winning actress currently starring in `If/Then.` She talks choice, fate and September 11th.

But that day, like for so many others, changed her world forever.  Her husband, Calvin Gooding, died in the terrorist attacks.

“It definitely left me with a lot of sadness and grief," LaChanze remembered. “But if I had not met him [then] I would not be where I am today.”

13 years later, she's a mother of two, a Tony Award winning actress and starring in 'If/Then', a musical about choice, fate and the moments that make us.

“It’s a piece that’s relevant to our time," she said. “No matter how happy we are, we still question our journey.”

Alongside Idina Menzel, LaChanze takes the stage eight times a week in a role she loves.

“I play fierce kindergarten teacher who happens to be in love with another woman!”

“I’ve been a performer since as far back as I can remember that’s the great thing about us in the theatre, we knew when we were kids that we wanted to do this,” LaChanze said.

She studied at the University of the Arts in Philadelphia. Then in 1986, she made her Broadway debut in 'Uptown...it's hot!'

12 years later she married the man of her dreams.

“It was beyond devastating when he was taken away from me.”

In 2005, LaChanze went on to win a Tony for her lead role in 'The Color Purple.'

“That was an amazing experience for me," LaChanze said. “I knew from the moment I read the music, that I was pretty right for that role.”

Then she landed her spot as Kate in 'If/Then.'

"My character spends a majority of the evening trying to convince the main character Elizabeth that there are no coincidences, that everything is a matter of fate."

Life came full circle this past May when she sang at the dedication of the National September 11th Memorial and Museum.

“Idina was originally supposed to sing and she was not feeling that great and she asked if I'd be interested in singing and it was the night before and I said yes," LaChanze said. “It was just one of those moments that I do believe fate had a lot to do with."

But it's on stage where she really feels at home.

“I love that I get to play a woman who is so diverse," she said. “I love roles that reflect perseverance, and truth and honesty and moving forward.”

The perfect part, in a show that's pushing the boundaries of Broadway.

“It’s a contemporary piece with contemporary themes," LaChanze explained. "I think is a little bit ahead of its time, I think the audience is slowly catching u p with us [but now] I think they’re now getting to see that it’s going to be here for awhile.”

And so will LaChanze as her journey continues.

"I believe that there is a force that guides us but I also believe that once we get put in that place we then have the will to direct ourselves and make the choices that we make.”