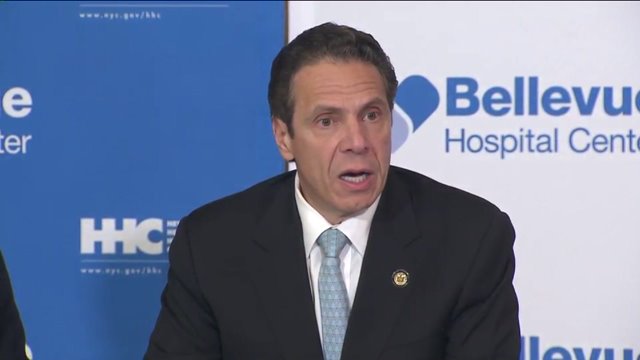 Gov. Andrew Cuomo says that New York is `as ready as can be` to combat Ebola cases. 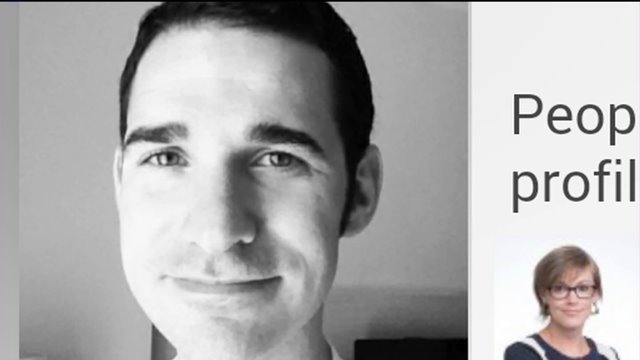 NEW YORK (PIX11) — A New York doctor has become the first person in the city to test positive for Ebola, developing the illness after treating patients of the deadly disease in West Africa, health officials said Thursday.

Craig Spencer, a doctor at NewYork-Presbyterian Hospital/Columbia University Medical Center, had traveled to Guinea with the humanitarian group Doctors Without Borders in September.

Spencer, who lives on West 147th Street  in Hamilton Heights, became ill Thursday morning with a fever and gastrointestinal problems, and is now confined to an isolation unit at Bellevue Hospital, one of eight hospitals in the state designated to take on possible Ebola cases, according to the New York City Department of Health and Mental Hygiene.

The 33-year-old left Guinea on Oct. 12,  made a stopover in Brussels Oct. 16 and returned to New York City the next day.

Mayor Bill de Blasio stressed that all protocols for handling suspected Ebola patients were followed in this case and urged calm.

"We want to state at the outset there is no reason for New Yorkers to be alarmed," de Blasio said Thursday night.

"I would get on the subway tomorrow and ride the subway." -@HealthNYGov's Dr. Howard Zucker live on http://t.co/10woidEfEd.

Ebola is spread only through direct contact with the bodily fluids of an infected person who is showing symptoms, and the virus is not airborne. Health officials reminded the public that the nature of the virus makes the chances "close to nil" that Spencer transmitted the illness to anyone else.

Spencer was symptomatic for a brief period of time before he was diagnosed and isolated, the mayor said, and did not have direct contact with many people except his fiancee and a few friends.

Spencer's fiancee has been quarantined as a precaution but has not exhibited symptoms, health officials said. At least two of his friends have been contacted by health officials.

So-called "disease detectives" have been dispatched to piece together a timeline of Spencer's movement since he returned to the city, de Blasio said.

Officials have interviewed Spencer and took his MetroCard as part of their effort to track down people he may have come into contact with.

The 33-year-old doctor visited The Gutter bowling alley on North 14th Street in Williamsburg the night before he became ill, health officials said.

Spencer traveled to Guinea in September with Doctors Without Boarders. (Photo: Craig Spencer/Facebook)

Bassett said that Spencer went for a 3-mile jog and took the A, L and No. 1 trains.

"At the time that the doctor was on the subway he did not have fever ... He was not symptomatic," Bassett said.

He returned home from the bowling alley in a car hailed through the ride-sharping app Uber, the company said, adding that health officials have assured them that the driver and subsequent passengers are not at risk.

The Gutter bowling alley was closed Thursday evening as a precaution, the business said on its Facebook page.

It is expected to reopen "sometime" Friday.

"We are working with the NYC Health Department to have the bar cleaned and sanitized under their supervision and expect to be open sometime today after that is completed," the bowling alley said in an update on its Facebook page.

"Doctors advising the Health Department have told us that our staff and customers were at no risk.”

Spencer began feeling sluggish as early as Tuesday. He came down with a 100.3-degree fever, pain and nausea Thursday morning and reached out for help, health officials said.

Described as a "committed and responsible" physician, Spencer had been checking his temperature twice daily as a precaution, according to Doctors Without Borders. He had not seen any patients at NewYork-Presbyterian since he returned from West Africa, the hospital said.

Emergency crews arrived at his Washington Heights apartment in Hamzat gear and, following careful guidelines, transported him to the hospital. His home is now sealed off.

Meanwhile, Gov. Andrew Cuomo echoed de Blasio's reassurances that the city and state are well-prepared to handle the case.

"We are as ready as one could be," Cuomo said.

He noted that the situation in New York differs from Dallas, where a now-deceased man was diagnosed with Ebola after coming to the U.S. from Liberia and two health care workers who treated him contracted the virus.

The first person to be diagnosed with Ebola in the U.S., nurse Nina Pham, was declared free of Ebola Friday. Her colleague at Texas Health Presbyterian Hospital Dallas Amber Vinson was deemed Ebola-free Thursday.

They both contracted the virus after treating Thomas Eric Duncan, a Liberian man who died Oct. 8.

"We had the advantage of learning from the Dallas experience," Cuomo said.

President Barack Obama offered federal support to New York City in light of Spencer's diagnosis. A team from the CDC was already in the city earlier this week and another team arrived late Thursday.

Ebola has killed nearly 5,000 people, mostly in Liberia, Sierra Leone and Guinea, according to the latest figures from the Centers for Disease Control and Prevention.

All travelers coming from those countries to the U.S. now will be actively monitored for 21 days upon their return for possible symptoms of Ebola, which include fever, nausea, vomiting, diarrhea and bleeding.