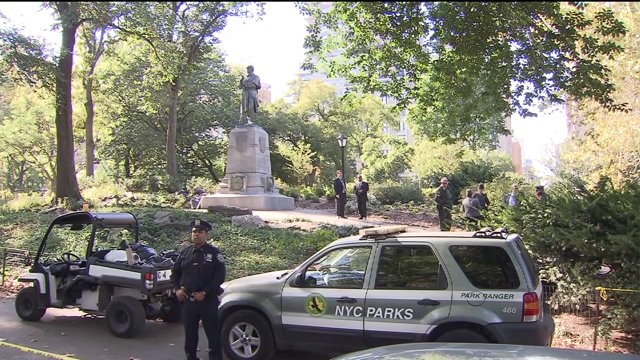 A black bear cub was found dead in Central Park Monday morning, and police suspect its body was dumped there.

MANHATTAN (PIX11) -- A black bear cub was found dead in Central Park Monday morning, and police suspect its body was dumped there.

The 3-foot-long cub was found at 9:45 a.m. under a bush near West 69th Street and West Side Drive near Strawberry Fields by a Central Park Conservancy worker, officials told PIX11 News. The bear sustained signs of trauma on its body, and police are treating it as  a case of animal cruelty.

The NYPD's Animal Cruelty Squad is currently investigating.  The Bronx Zoo was performing a necropsy on the animal to determine the cause of death.