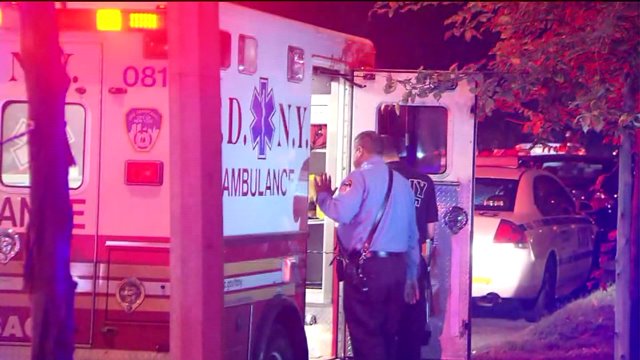 NYPD officers shot and killed a man during a violent domestic dispute in Brooklyn Monday evening.

NEW YORK (AP) - A man wielding a knife was shot and killed by police inside a Brooklyn apartment during a dispute in which another man was fatally stabbed.

Police say officers arriving at the scene on Ocean Parkway in Midwood at about 7:20 p.m. Monday encountered a man holding a knife, a second man and a woman.

Police say the second man confronted the knife-wielding suspect, who was then shot by police after he refused orders to drop the knife. He was pronounced dead at the scene.

The second man identified as Joshua Acosta from the Bronx was taken to a hospital with stab wounds and pronounced dead.

Police say the woman was treated for a minor injury and was being questioned by police.

It wasn't clear how the three people were related.

None of the officers were injured.