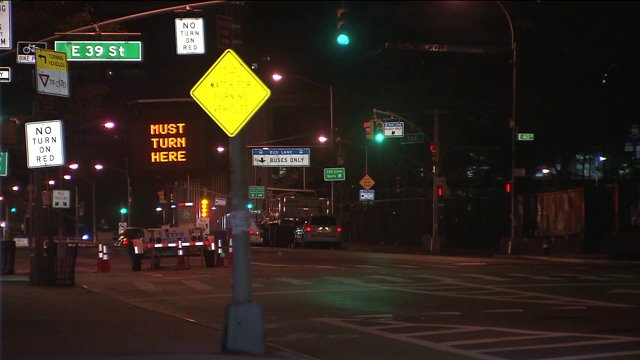 Expect massive traffic tie ups on the East Side as the United Nations General Assembly gets underway this week.

NEW YORK (PIX11) -- Expect massive traffic tie ups on the East Side as the United Nations General Assembly gets underway this week.

First Avenue will be closed from 41st Street to 48th Street.

The underpass tunnel will be remain open but 44th, 45th and 46th Streets will be closed between First and Second Avenue.

The FDR will be open but the ramps at 42nd Street will be closed.

There will be many more closures some announced as well as roving closures.

"It's very bad," taxi driver Stan Kahlevich said of the annual General Assembly. "I can't do anything but sit in traffic and my customers just get out and walk, it hurts."

Besides all the road closures this week, parking will also be at a premium.

On Sunday night no parking signs adorned trees and poles all along East 42nd Street.